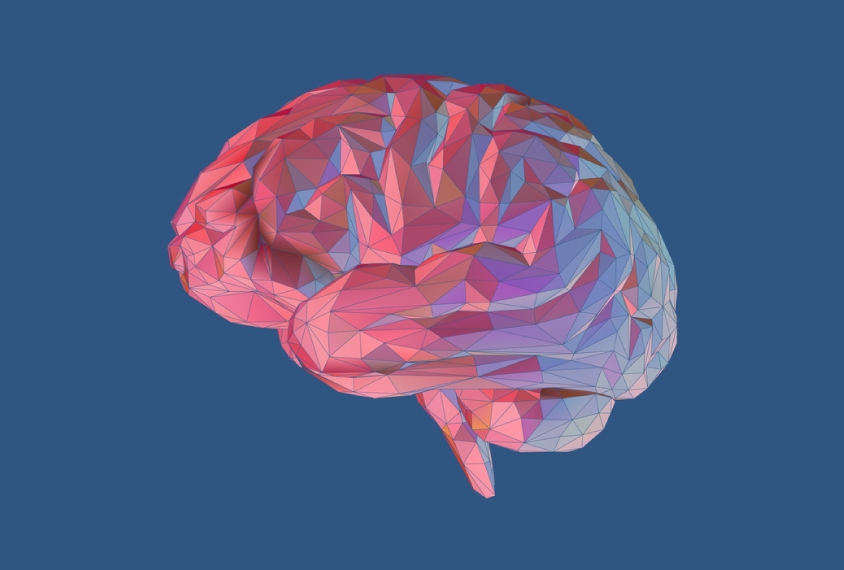 Cerebral shift: Gene-expression differences in autism are most pronounced in Brodmann areas 17 and 7, toward the back of the brain.

Gene-expression differences linked to autism appear throughout the cerebral cortex but are most pronounced in sensory parts of the brain, such as the visual cortex. The results, from a large RNA-sequencing analysis, appear today in Nature.

“There’s well-known differences as you go from the front to the back of the brain in terms of how the cortex is set up,” says study investigator Michael Gandal, associate professor of psychiatry at the University of Pennsylvania in Philadelphia. But in autism, more genes are dysregulated “as you go to the back of the brain, and that kind of gives us some clues as to the origin, potentially developmentally, of when these changes are happening.”

Disparate brain regions tend to be more homogenous, at the molecular level, in autistic people than in non-autistic people, prior studies have shown. In other words, gene-expression differences between posterior and anterior regions that are typically pronounced in non-autistic people are relatively muted in those with autism. Other studies have found another ‘molecular signature’ unique to autism: a decrease in the expression of genes linked to neurons and synapses and an increase in expression of those related to astrocytes, microglia and immune processes.

But these signatures are based on small samples limited to association areas in the temporal and frontal lobes, which control higher-order functions such as cognition, language and social behavior.

The new study confirms and expands on these prior results. Its analysis of data from 11 different cortical regions in all four lobes — frontal, parietal, temporal and occipital — revealed that gene-expression differences in autism are most pronounced in two sensory areas located toward the back of the brain: Brodmann area 17 (BA17), which processes visual information, and Brodmann area 7, which integrates visual and motor information.

“It was surprising to see that these [autism-related] genes had expression across the entire cortical surface, and in particular enriched in primary visual cortex and the primary sensory areas, rather than the association areas,” says Arnold Kriegstein, professor of neurology at the University of California, San Francisco, who was not involved in the work. “I think most people wouldn’t suspect that these regions have the biggest vulnerability.”

Gandal and his colleagues analyzed 725 postmortem brain samples from 49 autistic people and 54 non-autistic controls. The brains from autistic people, they found, showed dysregulation in 4,223 genes and 9,474 gene isoforms — mRNAs from the same part of the genome that often have different protein coding sequences.

“The sample size [of this study] is larger than its predecessors, and by quite a bit, as far as I can tell,” says Jakob Grove, associate professor of biomedicine at Aarhus University in Denmark, who was not involved in the study. “This alone provides them with much better power to detect new relationships. Their results allow us a glimpse of molecular mechanisms at play.”

Across the entire cortex, 13 gene modules — groups of genes that exhibit similar expression patterns — had regional variations; all of these modules followed an anterior-to-posterior gradient, meaning they were most dysregulated toward the back of the brain. In BA17, dysregulated genes include SOX4 and SOX11, two transcription factors that promote neuronal differentiation, and SCN9A, which encodes a sodium channel important for cellular signaling.

In this region alone, more than 3,200 genes were differentially expressed compared with non-autistic brain tissue. One gene, called ETV4, encodes a transcription factor that helps dendrites to develop and connect with neurons. Genes that are regulated by ETV4 were also reduced in the BA17 region in autism brain samples.

The gist of RNA sequencing is simple: Extract RNAs from a slice of brain tissue, convert them to DNA, and sequence them. But it comes with a big caveat: Researchers cannot always be sure that ‘dysregulated genes’ are caused by actual molecular changes inside of cells and don’t instead reflect differences in cell-type number.

When Geschwind submitted the paper, he says, one of the reviewers said the work was unremarkable because the gene-expression differences are “obviously all due to cell composition.”

To debunk that idea, Geschwind’s team sequenced RNAs from more than 250,000 individual cells taken from six people with autism and six without. That analysis showed that autistic people have slightly more astrocytes and fewer excitatory neurons, but the differences in cell-type numbers weren’t dramatic enough to explain the findings.

“What this study is asking, at the single-cell level, is whether the changes that we’re seeing are only due to changes in cell composition, or are there actually changes in molecular pathways and signaling that’s going on within cells,” Geschwind says. “It’s the latter. We can say that very conclusively.”

Gandal and Geschwind are now testing various hypotheses to explain their results. Because the dysregulated genes predominantly show up in brain areas that receive instructions from the thalamus, which transmits sensory information from the periphery, “some of them might underlie the kind of sensory hypersensitivity that one sees in autism,” Geschwind says.

They are expanding their analyses to include the thalamus. “If our hypothesis is correct — that this is reflecting sensory input into the cortex — then we would expect that the thalamus, which is the major relay station of sensory information in the brain, would show a similar pattern” of dysregulated genes, Gandal says.

But there’s much more to explore outside of these sensory regions, too. Non-cortical parts of the brain, including motor regions in the cerebellum and brainstem, have similarly been implicated in autism, Kriegstein says. “It would be really fascinating to extend a study like this to include the whole brain, because there’s likely to be surprises there as well.”