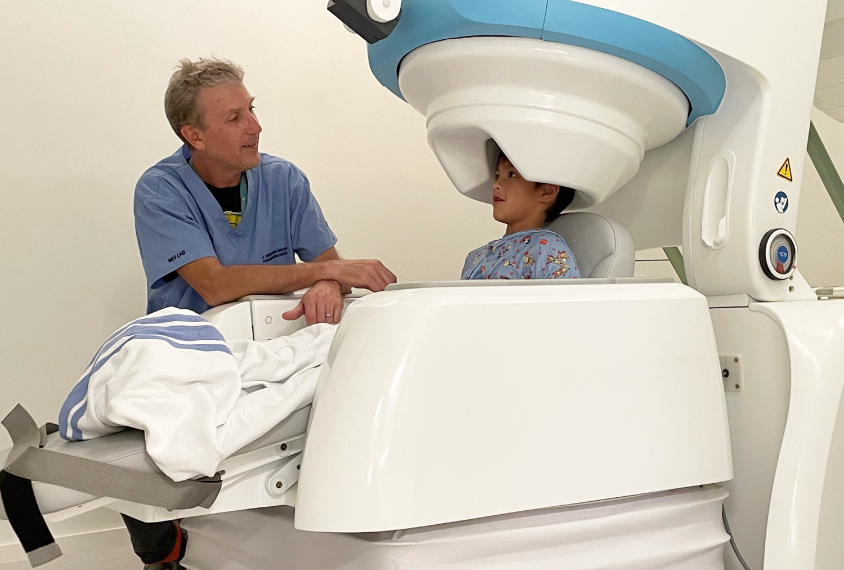 A well-studied brain response to sound, called the M100, appears earlier in life in autistic children than in their non-autistic peers, according to a new longitudinal study.

The finding suggests that the auditory cortex in children with autism matures unusually quickly, a growth pattern seen previously in other brain regions.

“It’s a demonstration that when we look for autism markers in the brain, they can be very age-specific,” says lead investigator J. Christopher Edgar, associate professor of radiology at the Children’s Hospital of Philadelphia in Pennsylvania.

For that reason, longitudinal studies such as this one — in which Edgar and his colleagues assessed children at up to three different ages — are essential, he adds. “If the two populations being studied have different rates of brain maturation, then the pattern of findings changes across time.”

At the time of the first magnetoencephalography (MEG) scan, when the children were 6 to 9 years old, those with autism were more likely to have an M100 response to a barely audible tone in the right hemisphere than non-autistic children were. But this difference disappeared in the next two visits, presumably because the M100 response typically appears during early adolescence. By contrast, the M50 response, which occurs throughout life, beginning in utero, showed no significant difference between the two groups at any visit.

The team also evaluated ‘phase locking,’ a measure of how similar a participant’s neural activity is from scan to scan within a certain frequency band. Autistic participants demonstrated more mature phase-locking patterns at the first visit, which then diminished at the later two visits.

The findings appeared August in the Journal of Autism and Developmental Disorders.

Differences in cortical gray matter and in the maturation of cells in the primary auditory cortex may be responsible for the autistic participants’ earlier onset of M100 responses and faster phase-locking development, Edgar and his colleagues hypothesize.

“This shows that this pattern of unusually rapid maturation followed by lulls may be recapitulated at various stages of development and that it extends to measures of brain function as well as structure,” says Carissa Cascio, associate professor at Vanderbilt University in Nashville, Tennessee, who was not involved in the study.

Edgar says he hopes this study will inspire other researchers to use smaller age ranges to obtain a more granular understanding of brain development in autistic and non-autistic children.

His team is now studying children younger than age 6, because differences in brain development might be more pronounced then, he says. They also plan to continue the longitudinal study with the same participants to evaluate if and how neural responses continue to change in older children.