Apparent new rise in autism may not reflect true prevalence 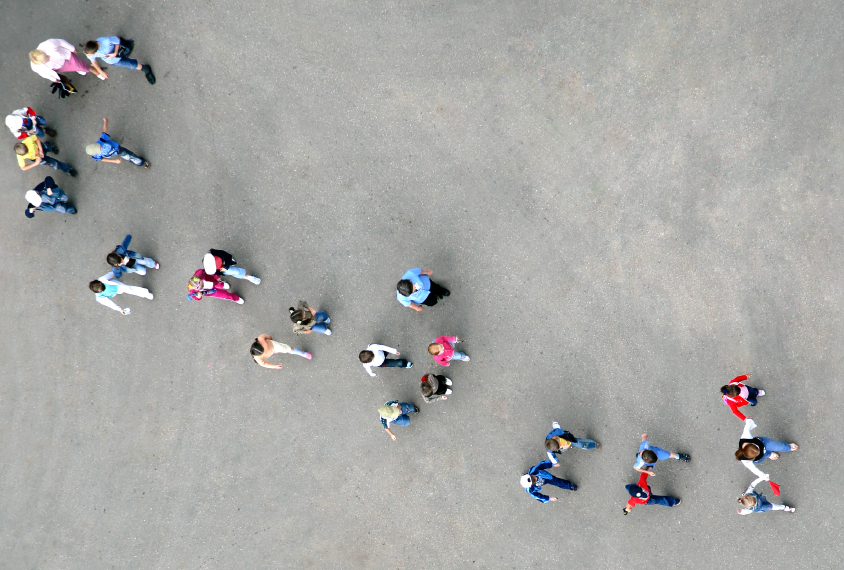 Unexpected effects: The order of questions in prevalence surveys may affect the estimate.

New statistics on autism prevalence in the United States suggest a dramatic rise in the number of children with the condition. But it is unlikely that these numbers reflect a true rise in prevalence, experts say.

Autism prevalence in the U.S. rose from 1 in 91 children in 2009 to 1 in 40 in 2017, according to survey results published today in Pediatrics1. The condition is most often diagnosed in white children, those living in urban settings and those who have any government-funded insurance, the study also shows.

The results are based on telephone or in-person interviews with the parents of 88,530 children aged 3 to 17 years, collected by the U.S. Centers for Disease Control and Prevention (CDC) as part of its National Health Interview Survey. The numbers are higher than the 1-in-59 prevalence that the CDC reported last year; that study analyzed health and education records from 2014 for children in 11 states — generally considered to be more reliable than parent surveys.

A sizable portion of the increase is probably due to rising awareness of the condition and improved systems for identifying autistic children, says lead investigator Benjamin Zablotsky, health statistician at the CDC.

The way the survey phrases and places a question about autism — asking parents whether a healthcare professional has ever told them their child has autism — may also affect prevalence estimates, he says2.

In 2011, the CDC expanded the survey question to ask about “autism spectrum disorder” in addition to “autism.” In 2014, the question asked about “autism, Asperger’s disorder, pervasive developmental disorder, or autism spectrum disorder.” The survey that year also switched the order of questions, asking parents about autism first, and then about developmental delay — the reverse of the order in previous surveys.

Perhaps as a result, the survey reported a roughly 80 percent uptick in the prevalence of autism. The new survey maintains that same order.

“We definitely acknowledge that that could have explained some of the prevalence increase, at least seen in the estimate,” Zablotsky says.

The new survey found that the prevalence of developmental conditions increased by 10 percent from 2009 to 2017 — driven mostly by autism (122 percent increase), attention deficit hyperactivity disorder (13 percent) and intellectual disability (26 percent). The prevalence of other developmental conditions, which include hearing loss and seizures, decreased by 13 percent.

Higher levels of education in mothers track with lower prevalence of every childhood condition examined by the survey except autism and attention deficit hyperactivity disorder (ADHD). Diagnoses of those two conditions increase with maternal education, points out Maureen Durkin, professor of population health sciences and pediatrics at the University of Wisconsin-Madison. Durkin was not involved in the study but wrote an editorial accompanying the work3.

“[The results] might suggest that higher maternal education is associated with increased access to autism and ADHD diagnoses and treatments,” she says, “but we don’t know for sure from the data reported in this paper.”

Some experts say they worry that people may view the numbers as reflecting a true increase in prevalence.

The researchers are careful in their interpretation, says David Mandell, director of the Penn Center for Mental Health at the University of Pennsylvania. “But unfortunately, often what gets captured is the title and the abstract,” he says. “My biggest concern with this survey is — and has always been — that this is not prevalence.”

Still, surveys like this one are important, Mandell says, because of what they reveal about disparities in children’s access to services. “[They] can be a great tool to address the inequities in our society around the care we provide,” he says.

Systemic biases in autism diagnosis have been reported before4. Black and Hispanic children are more likely than white children to lack consistent health records and, as a result, be excluded from prevalence estimates. And black children are half as likely as white children to be assessed for autism by age 3. The new survey is the first to incorporate data about families’ socioeconomic status.

Inconsistencies in children’s access to healthcare may explain the ethnic disparities in autism prevalence shown in the new study, says Santhosh Girirajan, associate professor of biochemistry and molecular biology at Pennsylvania State University, who was not involved in the work. “We are very biased in the way we are diagnosing children between specific ethnic groups.”

Epidemiologists should enlist the expertise of pediatricians, geneticists and other healthcare investigators to pick apart trends within subtypes of autism, Girirajan says. “Looking at prevalence without looking at the heterogeneity of diagnosis, we are only observing one dimension of what is going on.”

Zablotsky says his team plans to regularly re-evaluate survey questions to improve survey quality and ensure that they accurately capture the populations of interest.