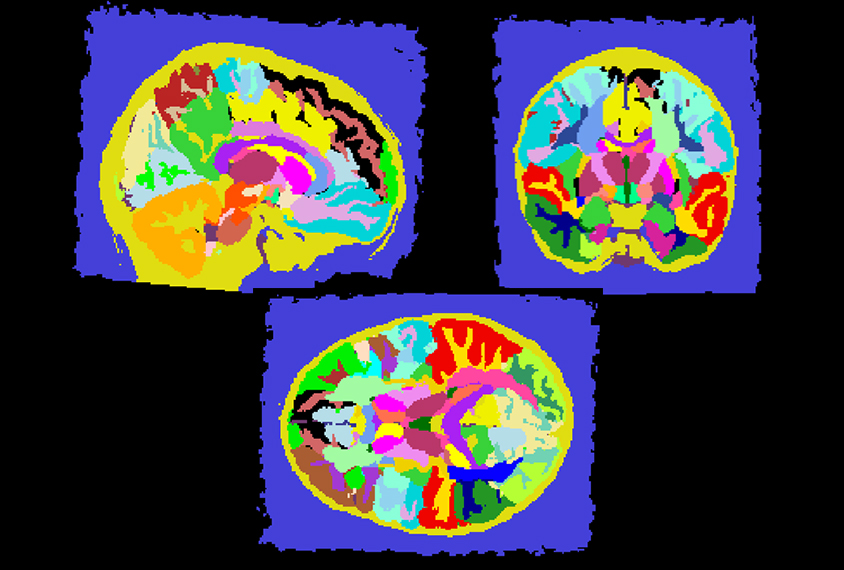 Emotion hub: Variations in amygdala development may underlie an autism-specific form of anxiety.

People who experience an autism-specific form of anxiety also tend to have an unusually small amygdala, a brain region associated with emotion processing and fear, according to a new unpublished study. The finding supports the theory that some autistic people have a distinct form of anxiety, the researchers say.

The researchers presented the result virtually today at the 2021 International Society for Autism Research annual meeting. (Links to abstracts may work only for registered conference attendees.)

Anxiety is common among autistic people, and researchers have documented a form of it that occurs specifically in autism. Typical social anxiety, for example, involves a fear of rejection or judgment in social situations, but autistic people may be anxious in social settings for different reasons. Unlike non-autistic people, they may also worry about losing access to a special interest or encountering a disruption to their routine.

Such fears may not appear on commonly used anxiety screening measures, says study investigator Derek Andrews, a postdoctoral researcher at the University of California, Davis MIND Institute under the mentorship of Christine Wu Nordahl and David Amaral.

“It opens up a lot of questions,” Andrews says. “These anxieties are related to autism, but there’s some interaction that’s resulting in differences in the brain as well.”

The researchers used magnetic resonance imaging to scan the brains of 75 autistic and 55 non-autistic children up to four times from ages 2 to 12. They also evaluated the children for autism and asked the parents to fill out surveys about their children’s anxiety, which included questions about worries specific to autistic people.

The findings could help explain why some previous studies on the amygdala and autism have been contradictory. The distinct form of anxiety could be an unaccounted-for confounding factor, Andrews says.

The work also confirms that autism-specific anxiety exists, suggesting it could be targeted with interventions, he says, which is particularly important given the extraordinary circumstances of the past year.

“It’s a real challenge,” Andrews says. “In the current state of the world, anxiety is really salient, and so we’d really like to just be able to make some progress in this area for these kids.”

Future work should examine anxiety’s link to other regions of the brain that interact with the amygdala, he says. The group previously found that young autistic children with behavioral problems tend to have a larger amygdala.