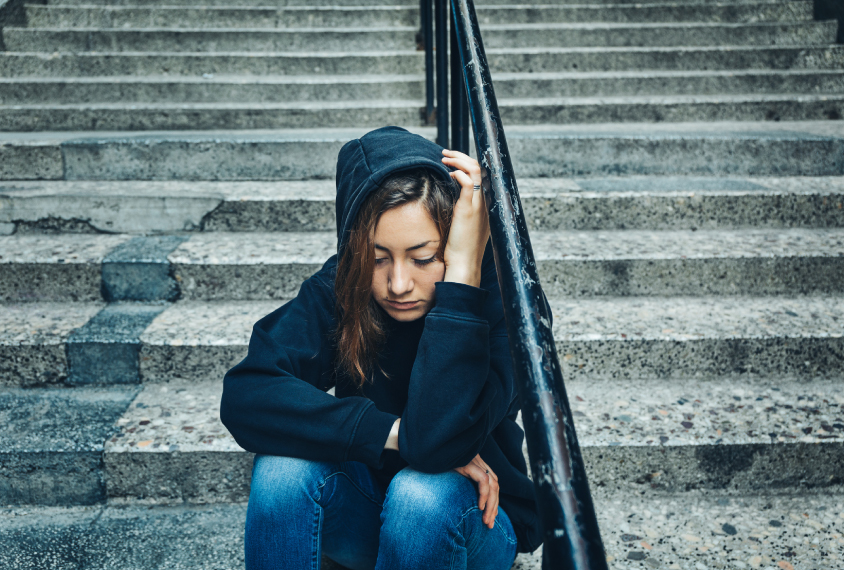 Self-harm: Almost half of girls and women with DDX3X syndrome bang their head, often in response to high levels of anxiety.

Girls and women with mutations in the autism-linked gene DDX3X may be particularly vulnerable to anxiety and self-harm.

Researchers presented the unpublished findings virtually today at the 2021 International Society for Autism Research annual meeting. (Links to abstracts may work only for registered conference attendees.)

Mutations in DDX3X cause a syndrome marked by intellectual disability, developmental delays and, often, autism. People with DDX3X syndrome tend to have muscle and motor problems, which are also seen in a mouse model of the condition. The mice have smaller brains and thinner cortices than control mice, according to unpublished work by a different group, also presented at the meeting.

Because the gene lies on the X chromosome, the condition primarily affects girls; fewer than 700 people worldwide are known to have DDX3X syndrome.

In the new study, the researchers compared the characteristics of girls and women who have mutations in DDX3X with those who have other forms of intellectual disability. The participants’ abilities and challenges vary widely, even among those with DDX3X mutations, they found.

“There’s just huge variability in achievements and challenges facing families and girls with these conditions,” says study investigator Elise Ng-Cordell, a graduate student at the University of British Columbia in Vancouver, Canada, who worked on the study as a student in Kate Baker’s lab at the University of Cambridge in the United Kingdom.

The researchers evaluated social and daily-living skills and emotional and behavioral difficulties in 20 girls and women with DDX3X syndrome, aged 3 to 26. They compared them with 23 girls and women whose intellectual disability stems from a mutation in some other gene.

Most people in both groups reported severe social challenges, though more than 10 percent of each group had few social difficulties.

Girls and women with DDX3X syndrome have higher levels of anxiety. Almost half, or 47 percent, bang their head — a form of self-injury — compared with just 17 percent of those with intellectual disability.

Parents of girls and women with the syndrome also reported other forms of self-harm, such as hitting, biting and hair-pulling. Many noted that self-injury appeared to be a response to high levels of anxiety, Ng-Cordell says.

The findings highlight the need for families and clinicians to be aware of the heightened likelihood of anxiety in girls and women with DDX3X syndrome, she says.

Future research should examine whether outcomes vary depending on the type or location of the mutation in DDX3X, Ng-Cordell says. Researchers have cataloged more than 100 such mutations, some of which appear to lead to distinct sets of traits.