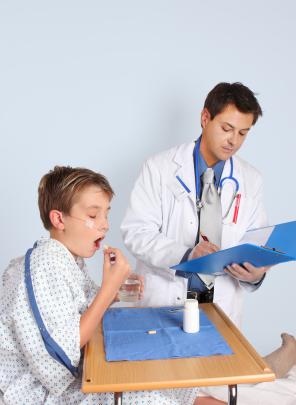 Prozac notion: In a large trial, flouxetine was no more effective than placebo at reducing repetitive behaviors.

The sponsors of the largest clinical trial of a treatment for autism on 18 February revealed disheartening results: fluoxetine ― commonly marketed as the antidepressant Prozac ― is no more effective than placebo at reducing repetitive behaviors in children with autism.

Previous studies had suggested that people with autism benefit significantly from the drug. “Our push behind fluoxetine was made on the premise that the current data were predictive of a larger scale success, so we’d anticipated success,” says Mike Snape, chief scientific officer at Neuropharm which, together with the advocacy group Autism Speaks, co-sponsored the trial.

The U.S. Food and Drug Administration has approved only one drug for treating autism, the antipsychotic risperidone, which reduces aggression and irritability. But those are secondary symptoms of the condition; risperidone also tends to come with severe side effects, including jerky movements, dizziness and hyperactivity.

For more than 20 years, doctors have prescribed fluoxetine ― a class of antidepressant that increases available levels of serotonin* ― for treating depression, anxiety and obsessive-compulsive disorder. Although the drug is not approved for use in autism, doctors prescribe it ‘off-label’ to children with autism to help control hand flapping, clenching muscles or other debilitating repetitive behaviors.

Small studies of the drug in children and adults have shown encouraging results. In a 2001 study of adults with autism, for instance, Eric Hollander and colleagues at the Mount Sinai School of Medicine reported that treatment of fluoxetine significantly improved repetitive behaviors in three out of six study participants1.

In a 2005 follow-up study of 45 children with autism, Hollander’s team reported that fluoxetine treatment is significantly better than placebo at reducing repetitive behaviors2.

Based partly on these studies, Neuropharm and Autism Speaks in July 2007 launched a larger trial, dubbed SOFIA, to test a low-dose tablet form of fluoxetine known as NPL-2008. The researchers enrolled 158 children with autism from 19 centers across the country.

For 14 weeks, half of the participants received the drug and the other half received a sugar-pill placebo. Every two weeks, researchers assessed the participants using a thorough checklist of compulsive and obsessive behaviors.

Neuropharmʼs preliminary analysis shows that, based on this checklist, repetitive behaviors were slightly reduced in both the NPL-2008 and placebo groups, but there was no difference between the two.

The power of placebo:

Snape says the placebo effect may have been higher in this trial than others because every child in the trial received either NPL-2008 or placebo. In contrast, previous studies used a ‘cross-over’ design, in which each child spent eight weeks on the drug followed by eight weeks on the placebo, or vice versa.

“I think the parents coming into that trial knew that the two things were there, the two phases,” Snape says. In contrast, participants in the SOFIA trial knew that there was a 50 percent chance that they would be on the drug without interruption by placebo.

The trial may yet show that fluoxetine alleviates other symptoms associated with autism, such as anxiety or depression, notes Clara Lajonchere, vice president of Clinical Programs at Autism Speaks.

“The primary outcome measure did not pan out for us, but there may be a lot of other interesting and informative data that comes out of this,” Lajonchere says.

At a conference in October, researchers from the U.S. National Institutes of Health announced that another antidepressant, citalopram, which also works by blocking serotonin, had no effect on repetitive behaviors. Whatʼs more, adverse events ― including hyperactivity, vomiting and nightmares ― were significantly more common in the citalopram group.

Nevertheless, with few treatment alternatives, clinicians and parents of children with autism aren’t ready to give up on fluoxetine.

“There’s no question in my mind that this is an extremely effective medication for a subgroup of kids with autism. I have dozens of stories of kids demonstrating robust responses to these kinds of medicines,” says Alexander Kolevzon, an assistant professor of psychiatry and pediatrics at Mount Sinai and one of the principal investigators of the SOFIA trial.

“We and the clinicians involved perceive and still perceive that fluoxetine has a role to play in issues ― whether we’ve captured it or not,” adds Snape, whose 18-year-old son has autism. “There’s a desperate need for large-scale, systematic, rigorous assessment of interventions, period.”

Correction: This article has been modified from the original version to correct a scientifically inaccurate statement.