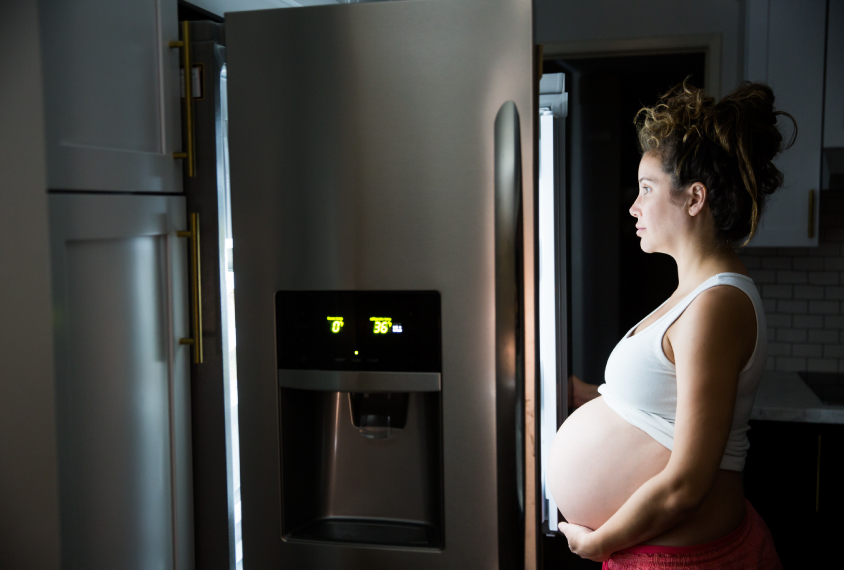 Confounding question: Environmental, not genetic, factors may explain the link between eating disorders and having a child with autism.

Women with anorexia nervosa before or during pregnancy have an increased chance of having a child with autism or attention deficit hyperactivity disorder, according to a new study.

About 20 percent of people with anorexia — an eating disorder marked by food restrictions, low body weight and an intense fear of weight gain — are autistic, but estimates vary. Prior work has suggested that anorexia and autism could share genetic roots, but many studies have looked at the connection only in people actively seeking treatment for an eating disorder, making it hard to control for confounding factors such as medication use.

The new study drew from a large dataset: nearly 53,000 children born in Sweden between 1990 and 2012. About 8,800 of those children were born to women with anorexia, bulimia or an unspecified eating disorder — such as overeating or malnourishment — before or during pregnancy.

Those who had anorexia during pregnancy were four times as likely to have a child with autism, compared with women who had never had an eating disorder. The odds of having an autistic child were 80 percent higher among women who had recovered from anorexia nervosa prior to pregnancy.

Having such a large sample is crucial, says Brian Lee, associate professor of epidemiology and biostatistics at Drexel University in Philadelphia, Pennsylvania, because autism occurs in only 1 to 2 percent of children, and eating disorders are equally uncommon.

“Methods-wise, this is done as well as you could expect,” says Lee, who was not involved in the work.

The study was published in JAMA Network Open in January.

In the new work, the researchers controlled for a slew of factors associated with autism, including a woman’s education level and age when she gave birth, as well as the child’s sex. And still, the association between anorexia and autism remained.

Despite these controls, though, the study cannot establish whether there is a causal link tying autism to eating disorders, says Ängla Mantel, a physician-scientist at the Karolinska Institutet in Solna, Sweden, who led the study.

For many of the children of women with eating disorders, Mantel and her colleagues identified a maternal full cousin, who shares up to 12.5 percent of the child’s genomic information, to see whether they had similar odds of having autism. They did not.

Mantel and her colleagues adjusted for the rate of autism among the cousins, and the link between anorexia and autism, specifically, remained.

The cousin comparison “suggests that the observed association could not be explained by familial factors,” Mantel says.

Instead, the findings point to environmental, not genetic, factors; anorexia can cause changes in a slew of metabolic and endocrine biomarkers that might contribute to autism in a child, for example. A 2017 study found that babies of women with an active eating disorder also had “lower levels of cord blood DNA methylation, specifically in genes relevant for neuronal development,” according to the investigators on the new study.

Whether such epigenetic changes are responsible is only speculation and will require further research, Lee says.

“The authors did an excellent job in attempting to rule out whether genetic confounding was responsible,” Lee says. “I think the next step is probably to try and actually explain this association. Is it caused by suboptimal nutrition? Is it epigenetic changes? Is it that people are taking different medications in response to an eating disorder? That’s one thing to follow up after this study.”