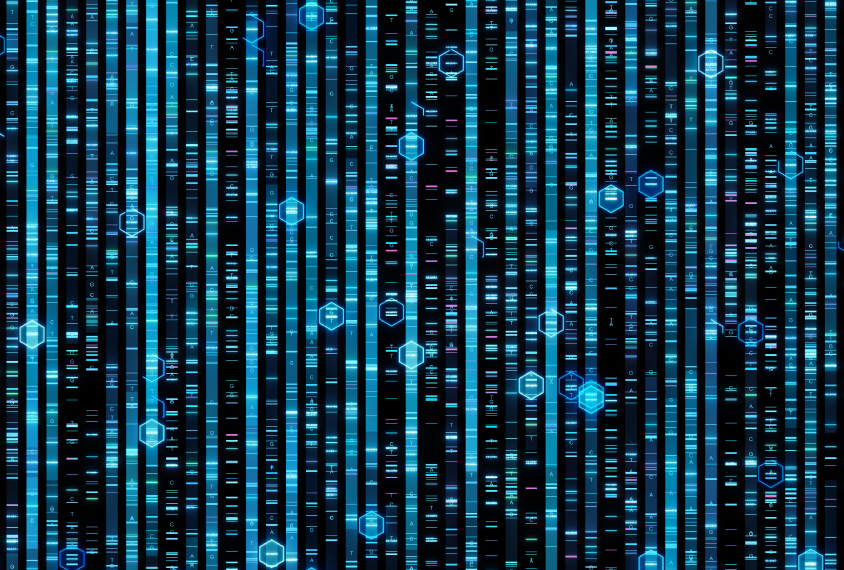 Spontaneous genetic mutations contribute to autism in 30 to 39 percent of all people with the condition, an increase over previous estimates, according to a new study. The rate is even higher — 52 to 67 percent — among autistic children whose siblings do not also have the condition.

These spontaneous, or ‘de novo,’ mutations are not found in either of an autistic person’s parents and occur more often in autistic people than in non-autistic people. They may also contribute primarily to autism in so-called ‘simplex’ families, which have one autistic child, the researchers conducting the new study say. Inherited mutations, by contrast, explain most cases in ‘multiplex’ families, which have more than one autistic child, they say.

“This study confirms our observation clearly that de novo is not very important in multiplex,” says lead investigator Ivan Iossifov, associate professor of genetics at Cold Spring Harbor Laboratory in New York. “It sounds like an obvious thing, and we certainly took it for granted, but there was no clear observation.”

Some studies have identified autism-related de novo mutations in children from multiplex families, but the new work estimates the mutations play a role in only about 10 percent of these children. The discrepancy with past estimates could have to do with sampling differences that muddy comparisons, Iossifov and his colleagues say.

Some analyses of multiplex families have relied on cell lines that can accumulate de novo mutations as they grow in culture dishes — a problem known as ‘genetic drift’ — and thus skew results. The new work screens samples for those stray mutations, making it possible to distinguish the de novo mutations that contribute to autism.

“They went through a lot of statistical rigor and comparisons,” says Santhosh Girirajan, associate professor of genomics at Pennsylvania State University, who was not involved in the work. “I think it’s done well.”

The researchers analyzed the whole-genome sequences of 1,869 autistic children and 1,874 of their non-autistic siblings from the Simons Simplex Collection (SSC), which collects data on simplex families, and 1,107 autistic children in multiplex families from the Autism Genetic Resource Exchange (AGRE). The Simons Simplex Collection is funded by the Simons Foundation, Spectrum’s parent organization.

The sequences in SSC come from blood samples, whereas some of those in the AGRE database come from lymphoblastoids, continuously replicating cell lines derived from blood cells. Because these cell lines are susceptible to genetic drift, the researchers devised a technique to screen the samples and remove participants with an unusually high number of de novo mutations.

Next they looked for three types of de novo mutations — single nucleotide swaps, short insertions and deletions of DNA called ‘indels’ and larger ones called copy number variations — and focused on those most likely to disrupt a gene’s function. About 9.8 percent of autistic children from simplex families have disruptive de novo mutations, the researchers found, compared with 2.2 percent of the children in multiplex families.

The team then probed the portion of the genome that does not code for proteins, only in the simplex families. About 13 percent of the children from simplex families had noncoding mutations that likely contribute to autism; 6 percent had mutations in sequences between the coding portions of genes, known as introns, which often help to regulate gene expression.

The findings were published in Communications Biology on 1 September.

The technique to eliminate samples with high levels of genetic drift is useful, other researchers say, and helps to clarify previous results on de novo mutations.

“I am happy to see the rigorous comparison of de novo contribution between simplex and multiplex families,” Joon-Yong An, assistant professor of biosystem and biomedical science at Korea University in Seoul, South Korea, wrote in an email to Spectrum. “It was always a bit confusing in terms of numbers from many different studies.” An was not involved in the work.

Although the results bolster the case for de novo mutations’ involvement in autism, they are probably not the “be all and end all” of autism’s origins, Girirajan says. It is likely that multiple factors influence the heritability of autism, including the combined effects of inherited variants from both parents and environmental effects on gene expression.

“Something that kind of comes out of this work is that we should be looking at more complex forms of inheritance and other factors,” Girirajan says.

The researchers say they next plan to more deeply explore variants in the noncoding genome by analyzing their effects on RNA expression levels.