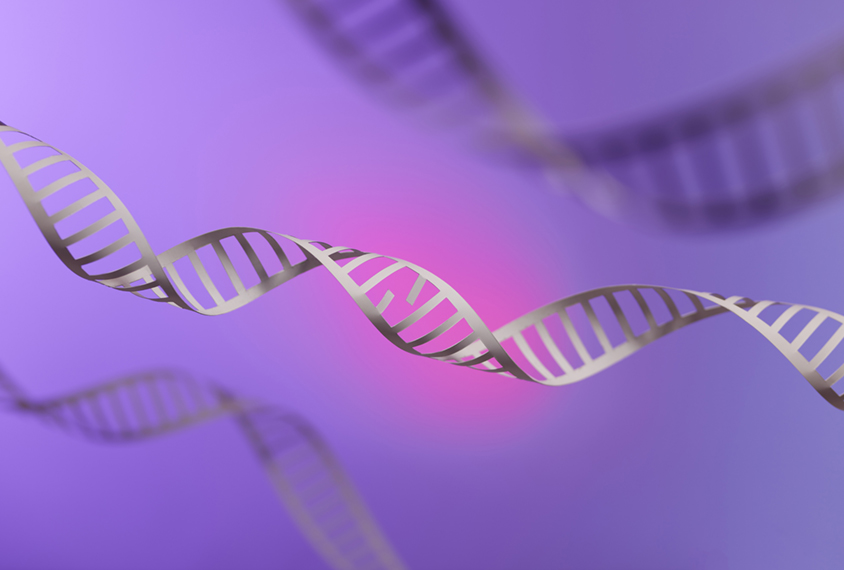 Target practice: Rather than scanning the whole genome or exome, researchers focused on 125 genes that they suspect are linked to autism and related conditions.

An analysis of genetic sequences from nearly 53,000 people with autism, developmental delay or intellectual disability has identified 98 genes with strong ties to neurodevelopmental conditions.

Most of the DNA samples had been analyzed previously but yielded no clues about the origins of the participants’ conditions, says lead researcher Evan Eichler, professor of genome sciences at the University of Washington in Seattle. “Their samples were in, they were tested, they came back with negative findings.”

In the new work, Eichler and his team targeted their analysis to a set of 125 genes — 62 ‘high-confidence’ genes with statistically strong ties to autism or developmental delay, and 63 ‘low-confidence’ genes with weaker links to these conditions. The results strengthen these genes’ ties to neurodevelopmental conditions and provide some of the families with genetic explanations for their children’s diagnoses.

“The genotype-phenotype correlation that they did is particularly useful and will catalyze the identification of additional cases in the clinic for these genes and then hopefully inspire further research into the function of these genes,” says Maria Chahrour, assistant professor of genetics and neuroscience at the University of Texas Southwestern in Dallas, who was not involved in this study.

Eichler teamed up with researchers at 18 sites across North America, Europe, Australia and Asia to recruit 22,505 people with autism, developmental delay or intellectual disability who had not previously participated in a sequencing study. They sequenced the 63 low-confidence genes in 16,294 people and the 62 high-confidence genes in the rest. They then combined the results with those from previous sequencing studies of the 62 high-confidence genes from more than 13,000 people with the same neurodevelopmental conditions.

People with neurodevelopmental conditions show mutations in any of 48 genes that are rare among controls, based on a database of sequences from 45,356 people with no neuropsychiatric conditions. The results lend fresh support to 23 of these genes already considered to be high-confidence candidates, and tip 25 others into this category for the first time.

The team looked at the same 125 genes in sequencing results from 17,426 children — 12,123 with autism and 5,303 with developmental delay or intellectual disability — and their parents. This comparison, which allowed researchers to look at mutations that arise spontaneously in the child, strongly linked uninherited mutations in 90 genes to neurodevelopmental conditions, including 40 genes from the first analysis.

The work was published in October in Nature Communications.

After a more stringent statistical analysis, only 6 of the 48 genes and 61 of the 90 genes were still significantly associated with neurodevelopmental conditions.

The genes meeting this higher threshold are more convincing candidates than the full list, says Hyejung Won, assistant professor of genetics at the University of North Carolina at Chapel Hill, who was not involved in the work. Genes meeting only the lower threshold could have spurious connections to neurodevelopment, she says, but merit further study.

Because the researchers sequenced a select panel of genes, their findings can validate only known or suspected candidates, rather than identifying any new ones.

“Whenever you’re sequencing or resequencing your favored genes, you’re effectively ignoring the rest of the genome or exome,” Chahrour says.

For instance, a gene called KCNQ3 encodes an ion channel that controls the flow of charged particles through cells. Most mutations the researchers identified in this gene are ‘missense’ mutations that alter the channel’s structure and ability to control ion flow.

By contrast, all of the mutations they found in the gene HNRNPU are ‘loss-of-function’ mutations that prevent production of the encoded protein.

Identifying a mutation’s location helps pave the way for connecting it clearly to the characteristics of people who have it, Eichler says.

To that end, Eichler and his team recontacted some participants with ultra-rare mutations in one of seven genes to collect their clinical records and characterize their traits; of those, three genes (CTCF, HNRNPU and KCNQ3) were already strongly linked to autism, and two (SPEN and LEO1) are new top candidates for the condition.

“That was a good approach,” Won says. “Usually in this type of study they don’t provide any type of phenotypic measure.”

This analysis is one step in a long series to link rare gene mutations to autism and intellectual disability, Eichler says. He and his team plan to dig deeper into familial histories and gene sequences to determine which rare variants might be inherited, and whether some family members who carry them are truly unaffected.