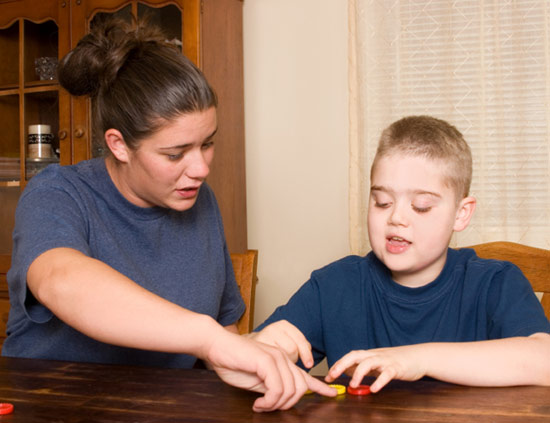 Only a small fraction of autism therapies are supported by robust scientific evidence, according to three reviews published in the May issue of Pediatrics1,2,3.

Whether through doctors, teachers or the grapevine, parents of children with autism encounter an overwhelming array of potential treatments for the disorder, ranging from antipsychotic medications and dietary supplements to intensive behavioral interventions, music or animal therapies.

The new reviews — on drug treatments, behavioral interventions and the gut hormone secretin, respectively — summarize the findings of a 900-page analysis commissioned by the federal Agency for Healthcare Research and Quality.

Of the 159 studies included in the large analysis, the researchers deemed 90 to be of poor quality, 56 fair and 13 good, based on their precision, consistency with the wider literature and risk of bias.

“There’s a lot of work that remains to be done,” says lead investigator Zachary Warren, director of the Treatment and Research Institute for Autism Spectrum Disorders at Vanderbilt University in Nashville. In particular, woefully little is known about which subgroups of children best respond to various treatments.

“The way we’ve studied these interventions to date has been really inadequate for helping us make judgments about how to apply a specific intervention to a specific child in front of us in a clinic,” Warren says.

The findings won’t come as a surprise to most autism researchers. But the main purpose of the report is to help community medical centers, schools and insurance companies set sound practice guidelines and reimbursement policies.

The treatments with the most scientific support include two antipsychotic drugs that can help curb aggression and irritability, albeit with harsh side effects. Two types of behavioral interventions improve language skills and raise intelligence quotients of some children. But so far, nothing has been shown to alleviate autism’s characteristic social impairments.

Although some of the studies labeled as fair or poor show promise, “we lack large, high-quality clinical trials in the way that there are for other conditions,” says Tristram Smith, associate professor of pediatrics at the University of Rochester and a technical consultant for the analysis.

“You get what you pay for, and most of these studies were either unfunded or minimally funded projects,” he says.

When they began the analysis some two years ago, the researchers led discussion groups with parents of children with autism to pinpoint their questions about treatment. Some were obvious, such as how treatments affect the core and secondary symptoms of autism. Others, such as how the frequency of treatment affects outcome, or whether certain symptoms predict response to treatment, are trickier.

“For some of these questions, there wasn’t a whole lot to say when it came right down to it,” Smith says. “We’re not at that level yet.”

The researchers scoured the scientific literature for medical treatments, behavioral interventions, educational programs and complementary and alternative medicine approaches. “We didn’t want to branch off or exclude any particular intervention because of its approach or philosophy,” Warren says.

For the medical treatments review, the researchers limited their search to 18 studies between 2000 and 2010 that included at least 30 participants younger than 13 years.

Nine of the studies tested antipsychotics such as risperidone and aripiprazole, five tested serotonin-reuptake inhibitors, such as fluoxetine, marketed as Prozac, and four tested stimulants such as methylphenidate, marketed as Ritalin or Concerta.

The only medications shown to be effective for children with autism are risperidone, marketed as Risperdal, and aripiprazole, marketed as Abilify, which lessen hyperactivity and repetitive behaviors. The drugs both have side effects, such as weight gain and drowsiness.

The larger analysis also evaluated eight studies of dietary supplements, including iron, magnesium, fish oil and digestive enzymes. Although it deemed three studies to be of fair quality, none of them found improvements. It judged the remaining studies to be of poor quality.

Another of the Pediatrics reviews focused on secretin, among the most famous dietary treatments for autism. Secretin is a hormone that triggers the pancreas to secrete various digestive fluids.

In 1998, a research team claimed that secretin infusions improved language and eye contact in three children with autism4, launching a cottage industry for the hormone’s production. The new review analyzed seven randomized control trials testing secretin and autism, and concluded that the hormone does not improve autism-related symptoms.

Behavioral therapies for autism are the cornerstone of treatment for most children with the disorder. The third Pediatrics review considered studies from the past decade that include more than ten participants younger than 13 years of age.

Of 34 studies, the review labeled 1 as good quality, 10 fair and 23 poor. The single high-quality study used the Early Start Denver Model, which is based on the principles of applied behavioral analysis. For 20 or more hours a week, parents and clinicians guide the child through basic developmental skills — such as maintaining eye contact and joint attention — during playtime.

Last year, a large, randomized trial showed that children who stuck with the program for two years saw a 17-point increase in IQ, compared with a 7-point increase for children in other forms of therapy5.

These kinds of rigorous trials are “extraordinarily difficult and very expensive,” notes Wendy Stone, director of the Autism Center at the University of Washington in Seattle. The trials require clinicians who are trained to conduct multiple interventions. To prevent researcher bias, a different set of clinicians interact with the children and score the videotapes of their behaviors.

Some experts argue that the outlook on behavioral interventions is rosier than that implied by the review. Because children with autism show a diverse range of symptoms, they note, randomized control trials that lump together many children aren’t the best way to assess behavioral therapies. The new review excludes single-child study designs, in which the child serves as his or her own control.

“I really don’t like it when I see reviews that systematically say we’re not looking at single-subject studies, because that’s where some of the best evidence lies,” notes Laura Schreibman, distinguished professor of psychology at the University of California, San Diego.

Still, she says the review successfully underscores the most pressing issue in the field: choosing the type of intervention that will be most effective on a particular child.

“When I go to my happy place and look in the future, I see a computer program that can assess a child’s behaviors and parent characteristics and say, ‘Boom, this is exactly what the treatment should look like,'” Schreibman says. “That’s where we need to go.”