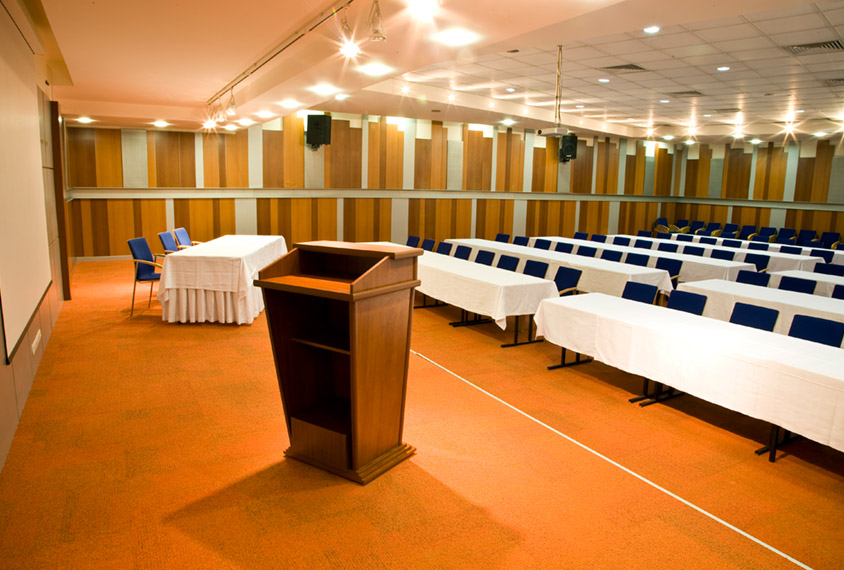 Before the coronavirus pandemic, hundreds of people planned to spend the first week of May in Seattle, Washington, for the International Society for Autism Research’s (INSAR) annual conference. But for the first time in the meeting’s nearly two-decade history, it was canceled.

Instead, the conference’s organizers plan to host a series of online offerings beginning on 3 June and continuing throughout the summer — a move that may change the shape of the conference for years to come.

“It’s a bad situation, but it may be leading to a revolution in how we really do science sharing and conferences in all fields,” says Peter Mundy, president of INSAR.

INSAR’s conference, first held in 2001, attracts roughly 2,000 attendees annually to share and discuss autism research. Even before the pandemic, Mundy says he was exploring ways to augment in-person meetings with virtual options. During a regional gathering in Chile last June, for example, INSAR streamed some talks online for scientists who had skipped the meeting out of concern over their carbon footprint, a sentiment that is growing throughout the sciences.

Mundy says he had been eyeing the 2021 conference in Boston, Massachusetts, for implementing virtual talks at the full meeting. When the pandemic forced organizers to cancel the Seattle meeting in March, Mundy and his team accelerated their plans.

They are still working on ways to make virtual offerings freely available without losing important funds, Mundy says. The conference costs hundreds of thousands of dollars to stage and brings in a similar amount — about half of the society’s annual revenue. INSAR is relying on sponsors and reserves to offset the deficit from the canceled conference, Mundy says.

“There is no way to fully mitigate this year’s loss,” he says.

Each will deliver a 35-minute talk, followed by a 10-minute moderated question-and-answer session. (The organizers are planning a practice run for 2 June to work out any kinks.)

All researchers whose abstracts and posters were accepted will be able to post those materials online starting 3 June, an opportunity that is particularly important for early-career researchers, Mundy says.

INSAR will also facilitate meetings via Zoom throughout the summer for special-interest groups that would normally meet in person at the conference.

Virtual sessions remove multiple barriers to participation, including cost, travel time, childcare and spending several days away from the office or lab, many say. For Mirabel Pelton, though, the digital conference is something of a trade-off.

Pelton, a doctoral student at Coventry University in England, was scheduled to join a suicide-prevention panel at the meeting. Although she is disappointed to miss the chance to spend time with her colleagues and focus on her research — especially important as a part-time student — she appreciates the convenience of being able to access materials on her own time.

“For some people, there are just too many barriers to attending,” Pelton says. “It’s much easier to pop on in, switch from your work to watching an international presentation and then switch back. This is a real sort of luxury.”

Pelton and her co-panelists are planning to hold a webinar separately from INSAR to discuss suicide prevention for autistic people, particularly during the pandemic.

Because digital talks are easier attend, they may reach larger audiences, says Brett Ranon Nachman, a doctoral candidate at the University of Wisconsin-Madison who is autistic. For the meeting in Montreal, Canada, last year, he co-organized a special-interest group on higher education for autistic adults. This year, the group will present as part of a webinar series called the INSAR Institute, organized by INSAR.

“You’re reaching people from all over the world and from so many different disciplines and professions,” Nachman says. “It’s really very exciting.”

A virtual conference may be more accessible to attendees on the spectrum, some of whom find large, in-person gatherings challenging. Some in the autism community have also found past INSAR meetings unwelcoming. The lockdown is forcing the larger community of meeting-goers to adapt in ways that autistic people have long been asking for, Pelton says.

“I think there’s a lot more openness to different ways of connecting,” she says. “We should make sure we keep those, going forward, even when we are allowed to meet face to face again.”

The poster sessions — which take place in crowded halls, with bright lights and loud conversations — can be particularly overwhelming for participants with autism. Ottawa, Canada-based Christine Jenkins, an autistic advocate and author who attended last year’s conference, calls the poster sessions “sensory hell.” She had planned to skip the meeting in Seattle this year because of the distance, but she may now participate online.

“We can escape that auditory overload of being in that room,” Jenkins says.

But a digital conference cannot replace everything. Without crowded convention-center halls and hotel lobbies, would-be attendees miss out on spontaneous interactions, a big part of what makes a conference successful, Mundy and others say. A virtual poster session, for example, offers fewer chances to connect with new people and information.

But researchers may need to find virtual venues to have those same discussions.

“We anticipate that [virtual meetings] may be the wave of the future,” Mundy says. “We’ll still have a conference people will attend, but [it] may end up being smaller because there will be these other venues in which science is shared.”