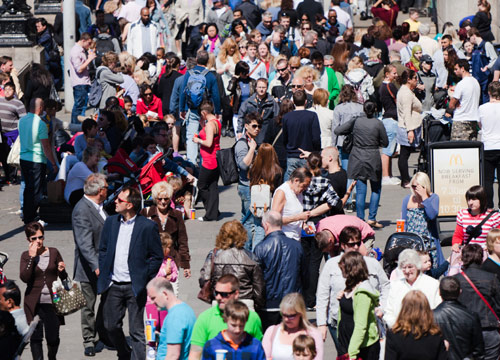 Powered search: A new study aims to analyze rare variants in 4,000 people in the general population and 6,000 with rare diseases.

Recruitment of participants is well under way for one of the largest and most ambitious sequencing projects yet undertaken, according to a presentation given on Monday at the World Congress on Psychiatric Genetics in Washington, D.C.
Funded by the Wellcome Trust, the largest private funder of scientific research in the U.K., the UK10K project aims to sequence the genomes of 10,000 individuals. Its goal is to identify rare genetic variants and study their association to disease traits.

The researchers plan to sequence the whole genomes of 4,000 people in the general population, as well as the exomes — protein-coding regions of the genome — of 6,000 individuals with rare diseases, including autism.

The general population samples are drawn from the TwinsUK, a registry of 12,000 twins, and the Avon Longitudinal Study of Parents and Children, which tracks 14,000 mothers who enrolled while pregnant in 1991 and 1992, and their offspring. Both of these groups have been extensively characterized, allowing researchers to compare the genetics of people with similar traits.

UK10K is funded by a £10.5 million grant, about $16.5 million, from the Wellcome Trust. Results will be freely available to researchers through the European Genome-phenome Archive beginning in summer 2012, says Aarno Palotie, professor at the Wellcome Trust Sanger Institute and co-chair of the neurodevelopmental arm of the project, which will focus on individuals with schizophrenia or autism.

Of a planned total of 878 autism samples, Palotie says about 400 have been sequenced so far. The samples will include 20 extended families with multiple cases of the disorder, and another 100 trios — parents and children — in which the child is severely affected

“The project is very exciting in terms of scale and ambition,” says David Porteous, chair of human molecular genetics and medicine at the University of Edinburgh in Scotland. Porteous is not involved with the project, although some of his collaborators have contributed samples to the schizophrenia set.

“The big focus on neurodevelopmental disorders is particularly astute,” Porteous says. “The inclusion of a large number of rare clinical disorders alongside cognitive impairment and schizophrenia offers a good possibility that interesting biological pathways will be revealed.”

Most of the samples will come from England, Ireland, Scotland and Wales, but about one-fifth will be drawn from Kuusamo, an isolated region in central Finland. Settled by some 40 families in the 17th century and with negligible immigration since then, the region is a prime genetic ‘bottleneck,’ an area in which rare or low-frequency variants might crop up more often than in more genetically diverse populations.

Schizophrenia is two to three times more prevalent there than in other parts of Finland, says Palotie. “There also seems to be evidence of more cognitive impairment there,” he says, either in combination with autism or independent of the disorder.

In late 2009, when the UK10K team was deciding which diseases and disorders to focus on, whole-exome sequencing for neurodevelopmental disorders was in its infancy.

As a result, the researchers selected obesity and neurodevelopmental disorders as the first two targets for the exome sequencing portion of the study.

Just two years later, “we are in a very exciting phase,” Palotie says. “We are in a new era of evidence for true genetic loci linked to these traits.”