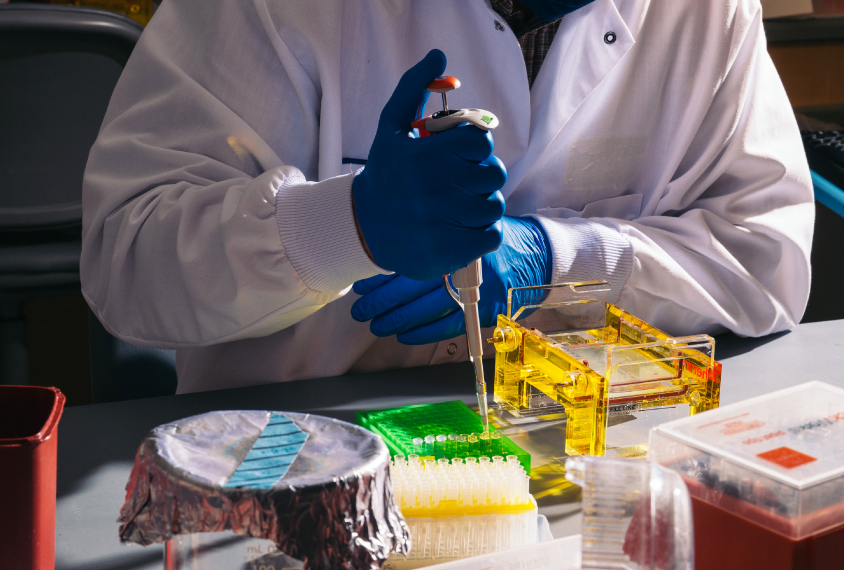 In theory, researchers know how to reverse many of the debilitating effects of Rett syndrome: Boost expression of the protein MECP2.

People with the condition typically have a mutated copy of the MECP2 gene and, as a result, deficient levels of its protein. This loss leads to intellectual disability, autism, seizures and trouble walking, talking and breathing.

But in practice, getting people’s cells to express the right level of MECP2 protein has proved complicated. Unlike with protein deficiencies in some other genetic syndromes, MECP2 levels must be carefully titrated: Too little causes Rett syndrome; too much also leads to autism, seizures and developmental delay.

The fact that MECP2 falls on the X chromosome throws up yet another curve ball for potential therapies: Most girls with Rett syndrome, who have two X chromosomes, have one mutated and one functional copy of the gene — so half their cells already have sufficient levels of the protein. That creates a dosage problem: Ramping up MECP2 levels indiscriminately can overdose those cells in an attempt to treat the others. (Boys with mutations in MECP2 and only one copy of the gene rarely survive infancy.)

Traditional gene-replacement therapy — which involves swapping out the mutated copy of MECP2 for a functional one — has been successful in mice, but it’s not obvious how to safely translate that approach for people, says Matthew Lyst, research fellow in the School of Biological Sciences at the University of Edinburgh in Scotland.

For these reasons, a cadre of researchers is looking for alternative gene-therapy approaches, involving RNA or microRNA. These various treatments all take slightly different tacks to try to sidestep Rett’s dosage problem. 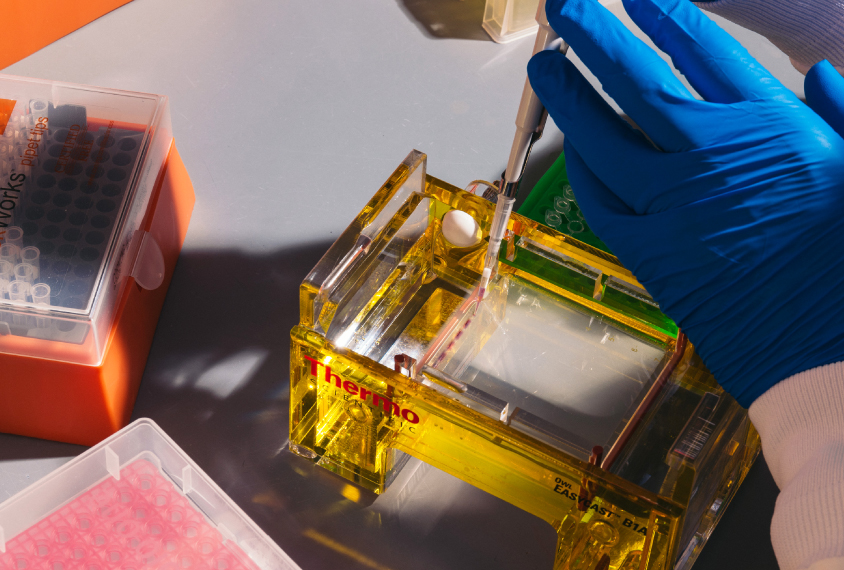 One potential treatment targets RNA — the single strands of genetic material that translate the DNA code to build MECP2 protein. In Rett syndrome, MECP2 mutations are repeated in the RNA, resulting in a faulty translation and no protein. But editing the RNA sequence can ensure that MECP2 still gets made.

One of the benefits of RNA editing is that, unlike gene editing, it’s potentially reversible, says John Sinnamon, research assistant professor at Oregon Health & Science University in Portland, who presented the work at the 2021 International Society for Autism Research (INSAR) annual meeting in May. Not every type of RNA mutation is amenable to editing, he says. Still, he and his colleagues have combined multiple techniques to target about 45 percent of the mutations seen in people with Rett syndrome.

One technique enabled Sinnamon and his colleagues to edit half of the MECP2 RNA in mice that carry a particular Rett mutation. It also increased MECP2 protein across multiple cell types, the team found.

“This was a proof of principle” that this type of editing works in an animal’s brain, Sinnamon says. “The next step is to see [if we can] achieve sufficient levels of editing to see a behavioral effect,” and whether there are any negative outcomes, he says.

A related approach called ‘RNA transsplicing’ involves targeting the part of the RNA that carries the mutation and replacing it with a non-mutated version.

Like RNA editing, RNA transsplicing affects only those cells that carry a MECP2 mutation. But transsplicing also has the benefit of being able to target a greater diversity of Rett variants than RNA editing can, said Stuart Cobb, reader in neuroscience and a research fellow at the University of Edinburgh, who presented the work at INSAR.

Newborn wildtype mice injected with a virus carrying an RNA transsplicing treatment show transspliced RNA throughout the brain, Cobb and his colleagues have found, suggesting the approach is effective.

At the moment, the process remains inefficient for altering MECP2 RNA, Cobb said during his talk, but the team is working on finding better target locations for delivering the corrected bit of gene sequence.

Taysha Gene Therapies is using yet another strategy to control dosing. They are building on standard gene-replacement therapy, adding in a mechanism that regulates MECP2 expression.

The company’s new treatment, called TSHA-102, takes advantage of microRNAs — short strands of genetic material — to tamp down production of MECP2 protein before it gets too high, said Suyash Prasad, chief medical officer and head of research and development for the company, during an INSAR presentation.

The treatment uses a virus to carry a functional copy of MECP2 into a cell’s nucleus, as well as an untranslated sequence that binds the microRNAs and slows production of the protein when it increases too much. As a result, each cell’s MECP2 levels remain within the “Goldilocks” range, Prasad said: Not too high, not too low.

And mice that have no MECP2 in the brain usually die at 10 to 12 weeks of age, but those treated with Taysha’s gene therapy survive another 5 weeks, the team found.

As with any gene therapy, these approaches carry risks, such as adverse immune reactions and long-term damage to DNA. Such outcomes can block people from participating in later trials. And as the science advances, researchers, clinicians, families and regulatory agencies will need to evaluate if those risks are worth taking.

One way to understand how the families of people with Rett syndrome would weigh risks and benefits is to ask, as Taysha did in focus groups. Caregivers have the most concern about their children’s inability to speak, gastrointestinal problems and breathing difficulties, suggesting that they would especially value a treatment that could improve these traits. The company plans to use this feedback to inform the upcoming clinical trial, Prasad said.

Ideally, TSHA-102, or the next treatment that makes it to trial, will elevate MECP2 to ideal levels and ease all Rett traits. But getting to those levels in all cells may not be possible — or necessary, Sinnamon said at INSAR.

In mice, “any little increase in the amount of MECP2 re-expression seems to be beneficial” to the animals, and small improvements could also have real benefits for people with Rett syndrome, he said.

One promising fact for any potential Rett therapy is that neurons lacking MECP2 don’t die — they just don’t function typically. That means that a successful treatment has the potential to not just slow the progression of Rett traits, but to reverse them altogether. And it also lessens the pressure to intervene as early as possible to make a difference — a pressure that exists for many neurodevelopmental conditions.

Until clinical trials are underway, it’s unclear how much MECP2 needs to be expressed, and in how many cells, for the improvements to be worth the risks, the researchers say.

Of the alternative therapies discussed, TSHA-102 is furthest along in the pipeline; the company plans to begin clinical trials later this year, Prasad said. Researchers working on the other approaches say it is difficult to predict when their therapies might be at that stage — they still need to fine-tune the techniques in mice.

But, Sinnamon says, “there’s only so far that animal models can take you.”