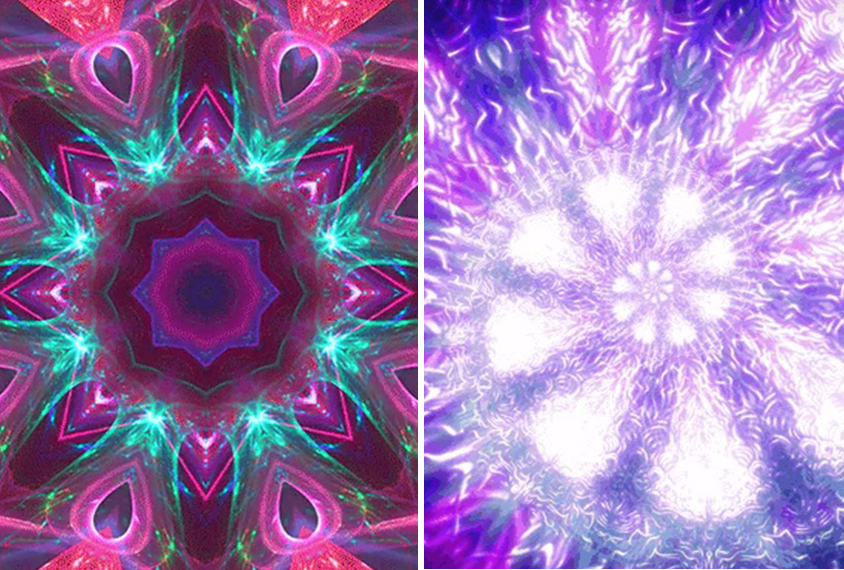 Fractal rock: Autistic children excel at absorbing information from objects, such as fractals.

Children with autism have trouble learning that faces convey information, but they excel at learning that some objects do, according to a new study1. The finding may explain why autistic people tend to miss social cues.

People with autism often prefer to look at objects rather than social stimuli, such as faces2. The new work is the first to suggest a reason why: Children with the condition may have problems figuring out which social stimuli in their environment are worth paying attention to and which they can ignore.

The new study suggests that autistic children’s value learning abilities differ from those of their typical peers. These differences could explain why many people with autism do not learn to prioritize looking at social stimuli, says lead investigator Katarzyna Chawarska, professor of child psychiatry at Yale University.

Chawarska’s team compared value learning in 48 children with autism, 31 children with developmental delay and 36 typical children, all aged 1 to 6 years. They used an eye tracker to follow the children’s gaze as they viewed pairs of images — two expressionless faces or two abstract shapes called fractals — on a screen.

All of the children spent the same amount of time looking at each image in either pair, suggesting that they had no initial preference for one face or fractal over the other.

The children then viewed the same four images one by one, but this time one of the faces smiled and one of the fractals rotated when looked at — imbuing that picture with new information.

To assess whether the children registered the new information, the researchers then showed them the original image pairs side by side and measured whether they showed a preference for the image that had previously moved.

Both the typical and developmentally delayed children spent more time, on average, looking at the face that had smiled than at the static face. They showed no preference for the fractal that had rotated over the static fractal.

The autistic children, as a group, showed the reverse effect: They spent more time looking at the fractal that had rotated than at the static fractal and had no preference for one face over the other. Better value learning for fractals over faces was correlated with more severe autism traits.

The study provides a better understanding of how autistic children learn, says Evdokia Anagnostou, professor of pediatrics at University of Toronto in Canada, who was not involved in the study. Not every autistic child will show the same differences in value learning. But the findings allow us “to think through what may be specific to autism versus other developmental conditions,” she says.

It remains unclear how these differences in value learning arise in the first place. One theory is that, for some people with autism, the brain does not process social stimuli as readily as it processes nonsocial stimuli. As a result, autistic people may avoid looking at social stimuli from a young age.

Alternatively, people with autism may just be born with a proclivity for learning about objects. If autistic people prefer to use their cognitive resources to focus on nonsocial stimuli, their brains may develop in a way that leaves little room to process social stimuli, Chawarska says.

Confirming one of these theories will require looking at how even younger children with and without autism learn about social stimuli. To that end, Chawarska and her colleagues are studying how value learning happens in babies, with the goal of finding out when and how these processing differences first arise.