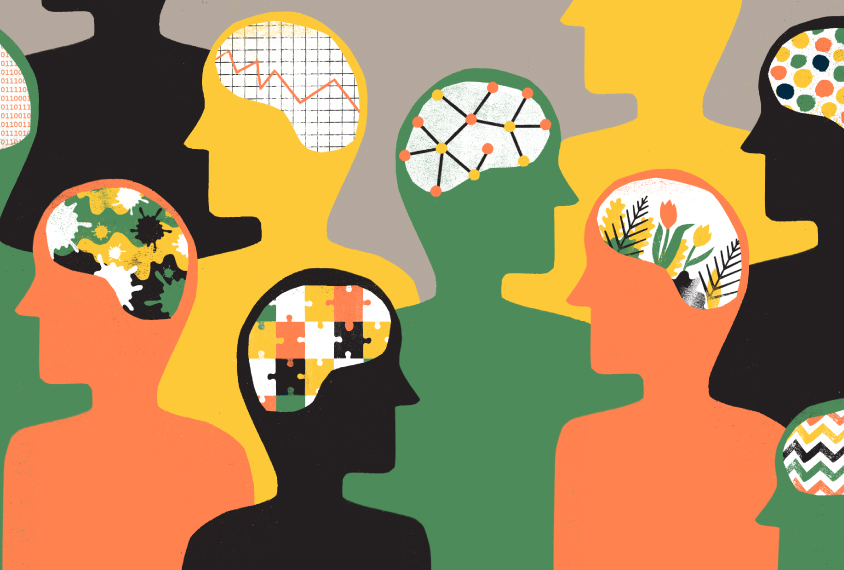 A new algorithm accurately separates highly similar people into subgroups based on their brain activity. The software may help researchers better understand distinct subtypes of conditions such as autism.

“Not everybody is similar, right?” says lead investigator Kathleen Gates, associate professor of quantitative psychology at the University of North Carolina at Chapel Hill. “We’re trying to capture what differs and then see if any of the individual differences are meaningful.”

Gates presented the unpublished results yesterday at the 2019 Society for Neuroscience annual meeting in Chicago, Illinois.

The algorithm analyzes functional connectivity, a measure of synchronous activity between pairs of brain regions. It relies on this measure to identify minute differences between people who otherwise are seen to be similar — for example, those diagnosed with the same condition. The algorithm, called Group Iterative Multiple Model Estimation (GIMME), does not rely on assumptions about which attributes unite or separate people.

“We let the data speak to us,” Gates says.

GIMME first identifies a group-level signature by finding pairs of regions that consistently show synchronized activity among most people in a study. Running the algorithm again pinpoints patterns specific to subgroups.

Gates and her colleagues tested the algorithm on people performing one of two simple tasks: pressing a button after hearing a beep or doing the same task while also viewing a picture of a face. Both tasks recruit auditory and motor areas of the brain; the second task also activates the brain’s face detector, the fusiform gyrus.

The software distinguished the two groups with 93 percent accuracy based on connectivity between the visual areas and the fusiform gyrus.

Researchers can use GIMME to confirm whether people in predefined categories are truly similar, or to parse them further and build personalized models of brain conditions, Gates says.

The method can also track connectivity changes over time. Gates’ team is studying brain data from 75 infants, half of whom have a sibling with autism, to see how relationships among 240 brain regions change as the children grow.