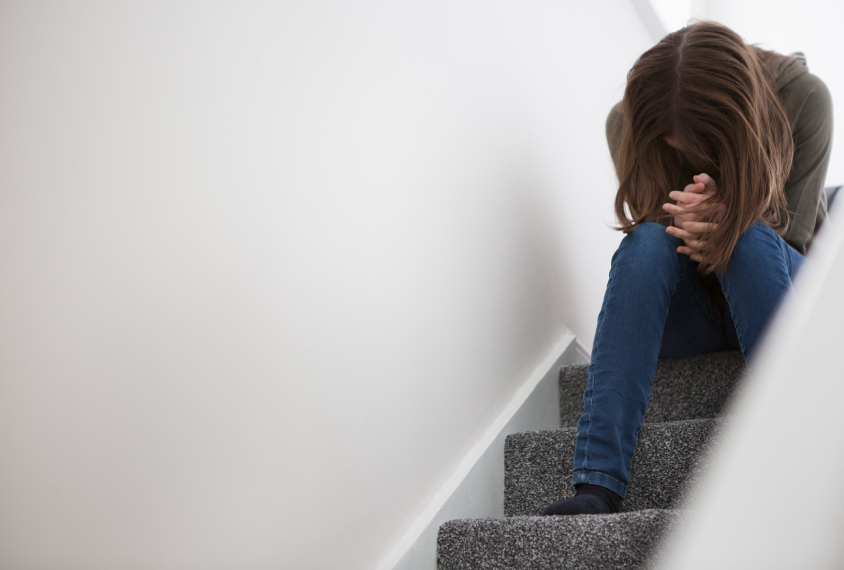 Troubled times: Autistic people are much more likely to be diagnosed with depression or bipolar disorder than are their neurotypical peers.

Anxiety in adolescents with autism is a strong predictor of suicidal ideation, bipolar disorder, depression and other psychiatric conditions in early adulthood, according to a large new study in Sweden1.

People with autism are known to be at increased odds of having other psychiatric conditions, such as anxiety and depression. And a second new study confirmed this trend in a group of autistic people in Minnesota2.

However, the Swedish study found that anxiety is predictive of these other conditions regardless of an autism diagnosis.

“It was unexpected,” says lead investigator Sebastian Lundström, professor of neuropsychiatry at the University of Gothenburg in Sweden. “I have always been convinced that the associations with the greatest magnitude are due to neurodevelopmental [conditions] in childhood.”

The findings suggest that clinicians should consider the full range of an autistic person’s traits.

“Because individuals with [autism] may be at greater risk for psychiatric comorbidities, and may display a different trajectory of mood and anxiety symptomatology, early and ongoing screening in this population is vital,” says Alexandra Kirsch, a pediatric neuropsychologist at Northshore University HealthSystem in Chicago, Illinois, who led the Minnesota study.

In the first study, researchers tracked 14,106 twins, identical and non-identical, who are part of the Child and Adolescent Twin Study in Sweden. At age 15, the twins or their parents filled out a mental health questionnaire that includes inquiries about anxiety. The team tracked the participants’ psychiatric diagnoses in adulthood through Sweden’s National Patient Register.

“Even if you’re only somewhere in the middle on an anxiety symptom scale, that might also lead to things like psychiatric outcomes,” says Sabrina Doering, a graduate student in Lundström’s lab who did the work.

The researchers had expected that a combination of adolescent anxiety and autism would be even more strongly associated with future psychiatric diagnoses. To their surprise, however, they found that an autism diagnosis does not affect the trend.

The findings have implications for clinicians who assess people for neurological or psychiatric conditions.

Many studies have shown a relationship between autism and other psychiatric conditions. For example, Lundström and his colleagues reported in 2014 that 96 percent of autistic people have at least one other diagnosis, and 50 percent have four or more co-occurring conditions3.

The Minnesota study confirms the strength of these associations. Kirsch and her colleagues studied 1,014 autistic people born in Minnesota from 1976 to 2000, as well as 2,028 age- and sex-matched controls.

“This research suggests that the magnitude of that risk may be greater than expected,” Kirsch says.

The studies add to a large body of evidence showing that psychiatric conditions often co-occur.

“The risk for other psychiatric comorbidities is significantly elevated across all psychiatric conditions,” says Diana Schendel of Aarhus University in Denmark, who was not involved in either new study.

The reasons for this overlap are unclear, Schendel says. Although “there is a genetic overlap,” she says, the genes do not account for the entire effect. Stressful life events such as bereavement, as well as difficulty with making and maintaining friendships and with succeeding in academic and vocational roles, may all make autistic people more vulnerable to other psychiatric conditions.