Access to virtual autism therapy in U.S. could narrow post-COVID 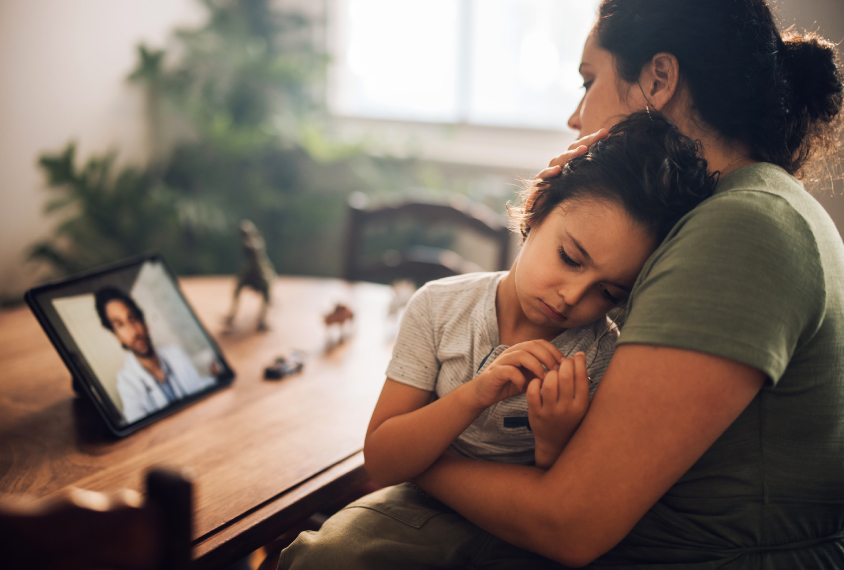 The Center for Medicare and Medicaid Services finalized its rule on coverage of telehealth services in November 2022. The White House announced the end of the COVID-19 public health emergency in January 2023.

Virtual autism therapy will continue to be covered by Medicare through at least the end of 2023, according to a proposed rule issued last week — but the long-term future of the benefit is less clear.

The draft rule, posted by the Centers for Medicare and Medicaid Services (CMS) on 7 July, recommends adding to a Medicare telehealth list codes used to bill for applied behavior analysis (ABA), the predominant behavioral therapy for autism. If approved, the rule would last through the end of 2023 to give CMS more time to evaluate data on the effectiveness of virtual ABA, according to the notice.

CMS initially approved coverage of remote ABA only for the duration of the pandemic public health emergency that was declared on 31 January 2020 and extended every 90 days since. The emergency measure was set to expire today, but the Department of Health and Human Services (HHS) said it would give states 60 days’ notice — something it has not yet done. HHS is still committed to that notice period, an agency spokesperson told Spectrum.

“We do have a sincere concern that not getting reimbursed for those services will have a detrimental impact on a number of families,” Rue says.

Virtual ABA can be provided in a few ways. In one approach, a trained therapist called a board certified behavior analyst (BCBA) remotely guides an in-person caregiver or registered behavior technician — a more junior therapist. Insurers typically covered these services, which have a strong existing evidence base, prior to the pandemic, says Julie Kornack, chief strategy officer for the Center for Autism and Related Disorders.

But more direct therapy — where a BCBA conducts a session remotely with a child in another location without another caregiver on-site — was “virtually never authorized” until the pandemic, Kornack says. This service is the most likely to be dropped by insurance companies when the emergency period ends, she and others say.

In February, Kornack, who is also chair of the billing codes commission for the Association for Behavior Analysis International, submitted an application to CMS to add direct therapy to the permanent telehealth list, outlining evidence for its effectiveness. The proposed rule is a response to their application, she says. The legislation notes that there “is likely to be clinical benefit” for therapy delivered virtually, but also points out that people receiving ABA may have limited language and require observation in the context of their physical environment, raising concerns that virtual interactions “would not fully capture these behavioral nuances.”

Recognition from CMS that direct therapy via telehealth has the potential to be effective would put pressure on health plans to continue their coverage, Kornack says.

Private insurance companies and state plans are not bound by CMS, but they tend to follow the agency’s guidelines, says Stephen Gillaspy, senior director of health and health care financing at the American Psychological Association in Washington, D.C.

Advocates and providers are also taking action at the state level. Most states are considering policies to maintain or expand pandemic telehealth policies more broadly, according to an October 2021 analysis from the nonprofit Kaiser Family Foundation; representatives from 31 states noted that telehealth is particularly useful for behavioral health services.

The Massachusetts Association for Community Action, for example, successfully lobbied the state to continue coverage of all virtual services when the pandemic emergency ends, Gillaspy says.

“Many states seem to have recognized that telehealth has been effective and they are looking to maintain it where they have the authority to do so,” Gillaspy says.

Advocates are working to make the changes permanent, says Andrew Patterson, financial director for the Santa Ana, California-based ABA provider Autism Behavior Services Inc., and co-founder of the nonprofit Autism Business Association, which is working to expand ABA access in California. The goal is to ensure that evidence, rather than insurance rules, guides the services a person can receive and how they access them, Patterson says.

“The key component that sometimes is being missed is that it should really be a clinical decision made by the provider,” he says.

In the meantime, providers are attempting to navigate the shifting landscape of state and federal regulations and public and private insurance plans. Some insurers have said they will no longer cover virtual direct therapy, but will keep the supervision codes, while some may cover everything, says Amber Shriver, a BCBA and co-clinical director of Pathways Behavioral Health, which provides ABA in Virginia, Maryland, and Washington, D.C.

“It’s not even consistent who’s walking back what,” she says.

On 30 June, for example, Patterson received an email from United Healthcare announcing plans to roll back coverage of direct virtual therapy for people with Medicare as soon as the public health emergency ends, and for those with Medicaid and commercial coverage on 1 August. The email cited a “lack of evidence” that ABA can be “effectively delivered in virtual settings.”

Many clinicians are already struggling to get insurance approvals for people who were diagnosed remotely during the pandemic, says Cy Nadler, associate professor of pediatrics at the University of Missouri – Kansas City, who in 2021 launched an ongoing survey of autism providers’ experiences navigating telehealth.

Most insurance companies require specific diagnostic methods, such as use of a certain assessment tool, before they will cover autism therapies, making it difficult to separate the differing regulations for diagnosis and treatment.

Nadler’s clinic at Children’s Mercy Kansas City has navigated the tension largely by making use of parent-mediated therapy and offering virtual group training sessions for parents, he says — something they had never before provided. But even those approaches rely on continued insurance approval of telehealth.

“If we weren’t able to keep doing telehealth the way we have been, it would be hard to overstate the impact on the community we serve,” Nadler says. Maintaining access to telehealth “seems like a win-win. It’s just a question of whether the systems that regulate and support us are going to continue to do so.”