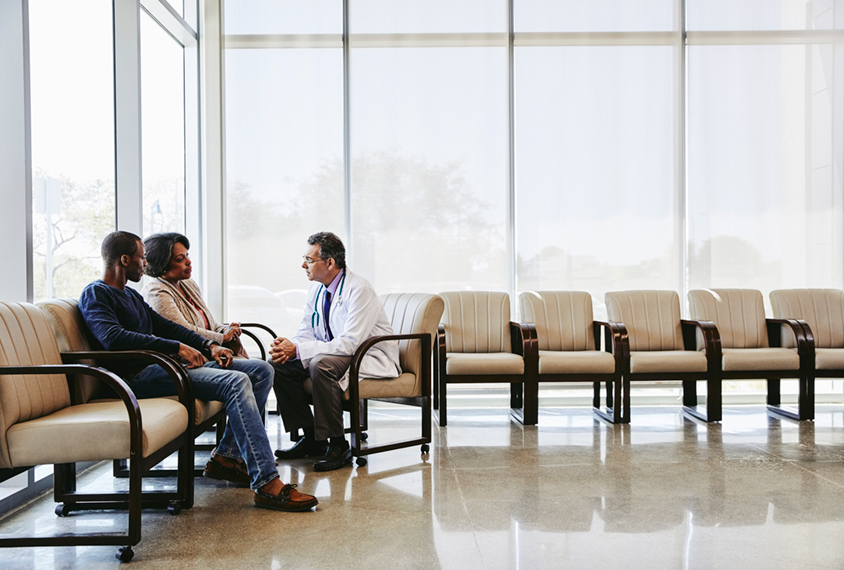 Black and Hispanic people with autism or intellectual disability in North Carolina are less likely to receive a Medicaid waiver for home and community-based services than their white peers are, according to a new study. A person’s age and the county in which they live also affect their chances.

The waivers are the largest source of funds for home and community-based health-care services in the United States. The provisions allow Medicaid — insurance from the federal government for low-income families — to cover transportation and mental health services, as well as speech, physical and occupational therapy. How Medicaid administers these waivers, though, is left up to individual states, which has led to wide variation in their distribution.

Waiver programs have limited spots and, often, a waitlist. In North Carolina, people stay on that waitlist for 7 to 10 years, according to lead investigator Michelle Franklin, a postdoctoral research associate at the Margolis Center for Health Policy at Duke University in Durham, North Carolina. The national average is about two years, and most programs operate on a first-come, first-served basis.

“The problem with that is if everybody’s not hearing about it equally,” Franklin says, or “if everybody doesn’t have the same support, that people aren’t going to get on the waiting list.”

People with a waiver were also 31 percent less likely than those without to use the emergency room during the study period, the researchers found after adjusting for a slew of factors.

“That’s what these types of waivers [are meant] to do,” Franklin says. “People are not in crisis and are being served in a community with people that are known to them.”

An analysis of waiver allocation in the state showed disparities based on race, location, sex and age. Hispanic and Black people were 37 percent and 15 percent less likely, respectively, to receive a waiver than white people were. Those living in rural areas, as well as women and children, were also less likely to receive a waiver than adult men in urban areas. The average age of people with intellectual disability, autism or both conditions with a waiver was 32.8 years; for those without a waiver, it was 25.6 years.

The results demonstrate the need for policy reforms to address these inequities, Franklin says.

The study has several limitations. Because the data came solely from North Carolina, the results may not be generalizable to other states. Also, the study only included participants with a single diagnostic code for autism and intellectual disability in the claims data; many studies require two or more such codes, so it’s possible that some people were misclassified.

And there are other limitations to using Medicaid claims data, says Teal Benevides, associate professor of occupational therapy at Augusta University in Georgia.

“When providers bill for services, they’re billing for services that they know they can get paid for,” she says, and this could skew which codes end up in the claims data.

Future research should delve into the causes of Medicaid waiver disparities, such as systemic racism, Benevides says. Providing people with access to legal advocates, too, could help them navigate how to enroll for public benefits such as Medicaid waivers, she says. If more people can access these services, she adds, the number of providers who accept Medicaid will have to grow.