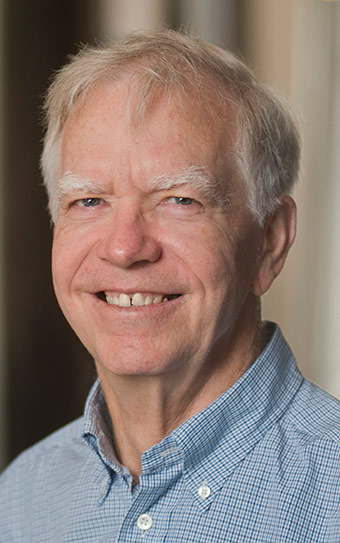 The past half-decade has seen dramatic advances in our understanding of the complexity of genomic variation in humans that results in autism. Several papers published this year increase our knowledge of relevant genetic variation and also provide evidence suggesting where in the brain these variants alter brain function to cause behaviors associated with autism.

In addition to these advances, important clues are emerging about the impact of the environment on autism risk. This year has also seen the first steps toward effective treatment and cure using animal models.

From genetics to neuronal function:

Two papers published this year examined the substantial databases of sequences of protein-coding regions from individuals with autism and controls to search for the presence of small deletions and insertions in their genomes1, 2.

These papers identified many such differences in both sets of genomes, with the individuals who have autism bearing more of these genetic changes. Analysis of deletions indicates an enrichment of small deletions in genes that control the cytoskeleton, or cell scaffolding, and autophagy. (Autophagy is a pathway through which cells turn over damaged proteins and organelles such as mitochondria.) A challenge now is to identify the consequences of abnormal autophagy on establishment and function of the neuronal circuits that control human behaviors.

These studies also saw an enrichment of deletions and insertions in genes known to be expressed in the brain, observations quite consistent with our current belief that behaviors associated with autism are primarily the result of perturbed brain functions.

One wants to know not only the genes involved in autism, but also their most important sites of action and impact on cellular function. Two papers published at the end of this year address this important issue through a comprehensive analysis of expression patterns within the developing human brain. The researchers looked at the expression of high-risk autism genes as well as that of other genes implicated with less certainty in this disorder3, 4.

Results from both groups indicate that these genes control several pathways implicated in the early development of the cortex and in the formation of synapses, or neuronal junctions. Their results argue that mutations in these genes have particularly important consequences on the function of excitatory neurons that express the neurotransmitter glutamate. Altered function of neurons in superficial layers of the cortex and those that project to other regions of the brain appear to be especially significant for the manifestation of autism-like behaviors.

These papers do not identify all the sites within the brain that are important in the development of autism. However, their results will encourage scientists to focus their efforts on understanding how mutations in these genes alter the functions of the cytoskeleton and autophagy within those neurons implicated in the disorder through coexpression analyses.

Genetic efforts to date have been successful at identifying copy number variations (duplications or deletions of chromosomal regions) and mutations with high probabilities of resulting in autism. We have always appreciated, though, that more common, lower-risk differences in the human genome almost certainly make important contributions to the manifestation of autism.

A provocative paper published this year suggests that an important modulatory pathway includes the enzymes involved in unwrapping DNA, called topoisomerases5. This paper showed that blocking topoisomerases preferentially inhibits the expression of large genes, and that a high proportion of these genes in the brain are autism risk genes. The implications for autism are speculative at present, but suggest that variation or mutation in topoisomerase expression or activity may affect people with the disorder.

One of the mysteries of autism is why so many more boys than girls are affected. An important study of autism risk in approximately 10,000 pairs of fraternal twins compared the difference in risk for male and female twins6.

The study shows that that the probability of autism in the female twin of a boy with autism is much lower than that for the male twin of a girl with autism. The results suggest that females have much stronger protective mechanisms against autism features than males do. These results are consistent with papers described in this column last year, which reported that, on average, females with autism have more severe mutations than males with the disorder.

A major effort of scientists studying autism in recent years has been to examine effects of autism risk genes in animal models, especially mice. While their brains contain many of the same structures as in human brains, their brain regions involved in cognitive behaviors are much less developed than those of humans, and their repertoire of behaviors and social interactions is much less rich.

In the past year, researchers refined a technology named CRISPR, which uses an RNA-protein complex that enhances bacterial resistance to viral infection7, 8. The advance makes it possible to insert precise mutations into any species, including non-human primates and vertebrates useful for drug screening, such as zebrafish.

It is too soon to predict which species will provide the most important tools for tackling autism, but the discovery and development of this tool set means that the genetics of autism can be studied in almost any species, as well as in neurons derived using induced pluripotent stem cells from individuals with autism.

We aspire to use genetics to develop more effective individual-based treatments. Two papers published during the past year make initial efforts in cells and in a model organism. In one study, researchers used induced pluripotent stem cells from individuals with Phelan-McDermid syndrome to create neurons that can be studied and manipulated in cell culture9.

The study showed these neurons to have reduced synaptic transmission of activating, or excitatory, signals. Introducing SHANK3, an important gene deleted in people with this disorder, substantially restores the signaling defects. In addition, exposure to the insulin-related growth factor IGF-1 partially restores the synaptic transmission properties of the Phelan-McDermid syndrome neurons.

Surprisingly, IGF-1 did not increase SHANK3 expression in these neurons as expected, but instead suppressed it. It remains a mystery how it restores synaptic transmission in the neurons.

The second paper describes a surprisingly effective virus-based gene therapeutic approach to alleviating the symptoms present in Rett syndrome in a mouse model of this autism-related disorder10. The researchers showed that peripheral injection of a virus expressing the Rett syndrome gene MeCP2 results in MeCP2 expression in neurons and in dramatic alleviation of the most severe of the symptoms of this disorder.

The results also suggest that some symptoms, such as abnormal regulation of respiration, will be quite difficult to correct using this approach. Thus, this study suggests the exciting possibility of using gene therapy for individuals afflicted with Rett syndrome, and also hints that there will be limitations to its success.

A major objective of all scientific research on autism is to enhance the repertoire of clinical tools that can help individuals with the disorder. Early diagnosis will permit early intervention. A paper published in November described deficits in eye contact in 2- to 6 month-old infants who are later diagnosed with autism11.

Interestingly, eye contact appears typical at 2 months of age in these individuals, but then fails to develop normally as the infants age. The presence of normal mechanisms underlying eye contact at 2 months suggests that interventions could focus on preserving these mechanisms, concentrating efforts on early behavioral intervention and drug treatment.

Although studies of genetics have greatly enhanced our understanding of autism, the role of gene-environment interactions in autism is poorly understood. An important study published this year used data from the Norwegian health system to examine the effect of folic acid supplementation during pregnancy on manifestation of autism12.

Papers during the past year have thus suggested two novel therapeutic approaches to treating Rett syndrome: gene therapy10 and inhibition of cholesterol synthesis.

The challenge for 2014 is to expand our knowledge of genetic and environmental risk to identify new pathways that will become targets for drug and behavioral intervention.