Art on the spectrum

Nestled between galleries in Manhattan’s art district is a studio like no other. It brims with the energy of 40 artists, most of whom have autism.

The 2,500-square-foot loft in the heart of Chelsea — just blocks from the 1960s home of Andy Warhol’s Factory — can barely contain the colorful canvases and bewitching sculptures produced by its pupils. From life-size replicas of parking meters to portraits of aging superheroes painted on pennies, the art is as diverse as autism itself.

“We’re celebrating our artists’ differences,” says Sophia Cosmadopoulos, coordinator of the studio, called Pure Vision Arts. “I think a lot of times that’s what makes artwork so exciting and fresh and dynamic.”

The studio is an initiative of The Shield Institute — a nonprofit organization that funds programs for people with developmental disabilities.

“The idea was to create a community where like-minded people who are creative and artistic can come together and develop their bodies of work and actually turn it into a career,” says Pamela Rogers, director of Pure Vision Arts.

On a sunny November day, the studio bustles with the sounds of artists mixing colors and measuring materials. Nicole Appel, a 24-year-old New Yorker whose drawings feature bicycles, bears, tools and oysters, introduces herself with confidence. Across the room, 26-year-old sculptor Chase Ferguson nods and says, “Cool, cool, cool” in response to compliments on his miniature taxicabs crafted from repurposed cardboard.

“Some people, when they began coming here, were very withdrawn, very shy,” says Rogers. “[The studio] helps them to have greater self-confidence and greater ease in social situations.”

Many people with autism have unique sensory perceptions that make them particularly suited for careers in art. Warhol, a pioneer in pop art, is himself thought by many to have had Asperger syndrome — a form of high-functioning autism.

“We call it the savant garde,” says Rogers, referring to the ‘culture of autism’ in art throughout history. “There may be a connection between genius and autism, prodigy and autism.”

Ten of the artists at Pure Vision Arts have been there since the studio opened 12 years ago. They commute from as far as Sayville, Long Island — a two-hour trip each way. There’s also a long and growing waiting list.

Beyond providing space and supplies, the studio also helps artists sell their work, which fetch up to $6,000 at exhibitions. The artists and staff also tour local museums and galleries to integrate with the community.

“It’s total immersion in the arts,” says Rogers. “We’re trying to help them live productive, meaningful, successful lives where they can achieve as much as they can.” 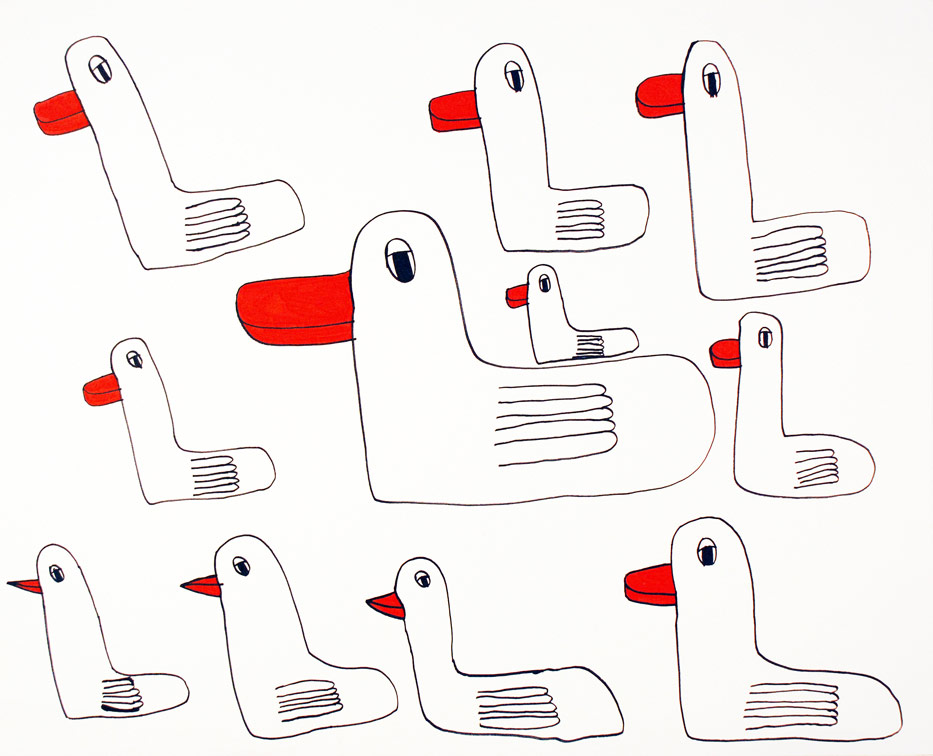 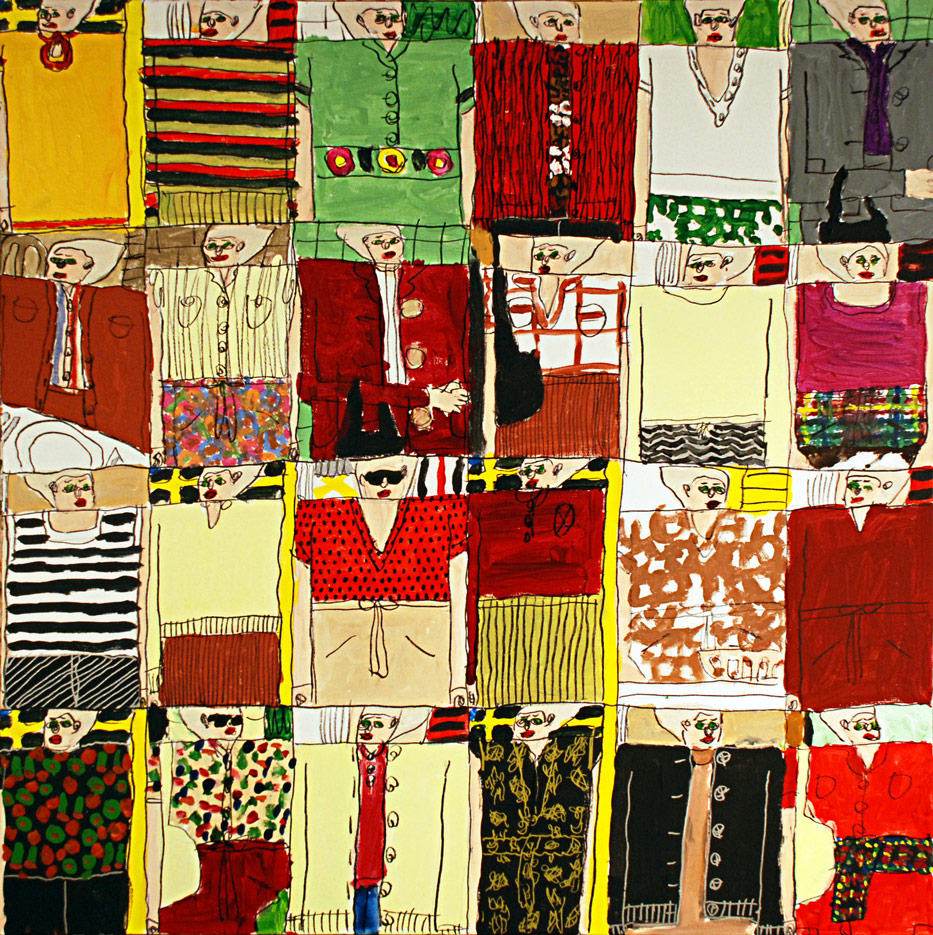 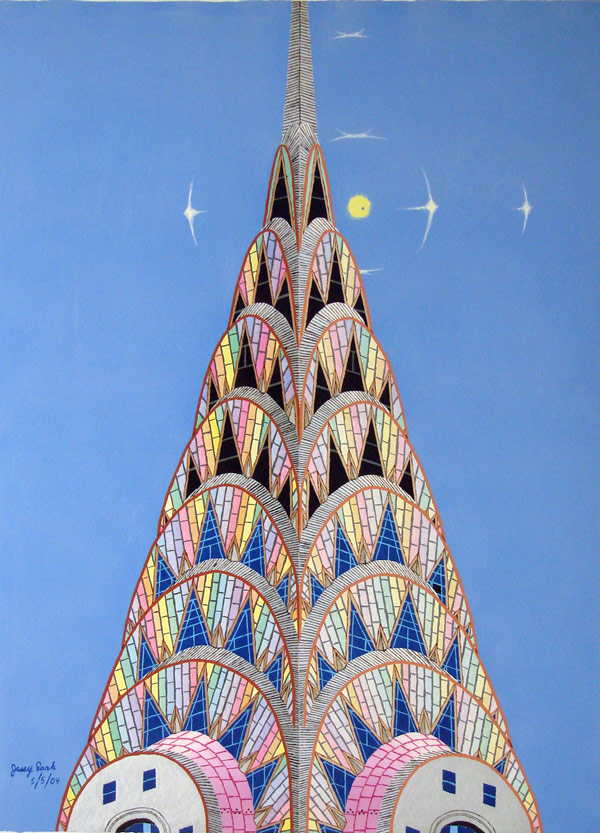 Jessica Park, The Chrysler Building with Perihelion and Transit of Venus, acrylic on paper, 17″ x 23″, 2004 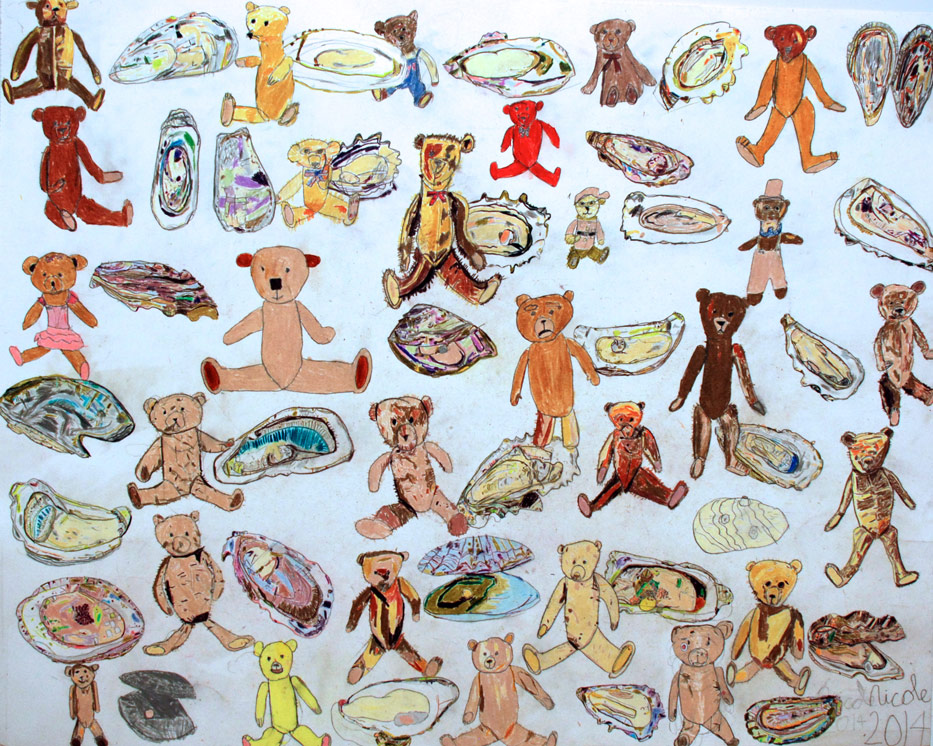