Doctors can prescribe it, but evidence that ketamine eases autism traits is still preliminary.

by Leto Sapunar  /  29 June 2022
illustration by:
Edwin Tse
0Comments
Share to FacebookShare to TwitterShare to PocketSend via EmailPrintDownload PDF
Download PDF
Republish this article
Features / Deep Dive
Treatments
Sign up for Spectrum's newsletters
Thanks for subscribing!

Heidi Epstein had heard from parents in her community that ketamine might help her daughter, Hannah. Hannah has Rett syndrome, a genetic neurodevelopmental condition that often involves autism traits. Hannah once knew about 150 words, but by the time she turned 3 she had regressed and retained just a handful. She also developed fine-motor issues and anxiety, and she struggles with following complex directions.

After Epstein heard rumors that ketamine could help manage these issues, or even make her daughter verbal again, she longed to try it. When she scheduled Hannah for a routine dental procedure, she saw her chance. She asked if the staff could use ketamine to sedate Hannah — ketamine’s primary use, for decades, had been as an anesthetic.

When Hannah woke from the procedure, she told her mother she loved her “about 12 times,” with total clarity, Epstein says. “But then, after a day, it went away.”

Both amazed by the experience and disappointed by how fleeting it was, Epstein wanted more.

In the past decade or so, interest in ketamine as a therapeutic for a range of mental health issues has increased, and hundreds of ketamine clinics have materialized across the United States. Experts say that ketamine, when administered properly, is a safe and well-studied — if not well-understood — drug. It blocks the N-methyl-D-aspartate (NMDA) receptor, putting it in a class of drugs called NMDA antagonists, and some clinicians and parents are in favor of using it to ease severe autism traits. Yet skeptical researchers and clinicians worry about a lack of evidence for its effectiveness, and these skeptics are also concerned about vulnerable people viewing ketamine as a magic bullet.

There is evidence for ketamine’s role in treating depression, post-traumatic stress disorder (PTSD), anxiety and obsessive-compulsive disorder. Ketamine’s approval as an anesthetic came in 1970. The use of ketamine for mental health conditions has increased dramatically since researchers in the early 2000s found that it could act as an antidepressant. Ketamine clinics began to crop up in the 2010s, and in the past six years they have gone from a handful to well over 500, primarily for treating depression, pain, anxiety and PTSD, says Patrick Sullivan, a physician and medical director at Initia Nova Medical Solutions, a ketamine clinic in Cherry Hill, New Jersey. 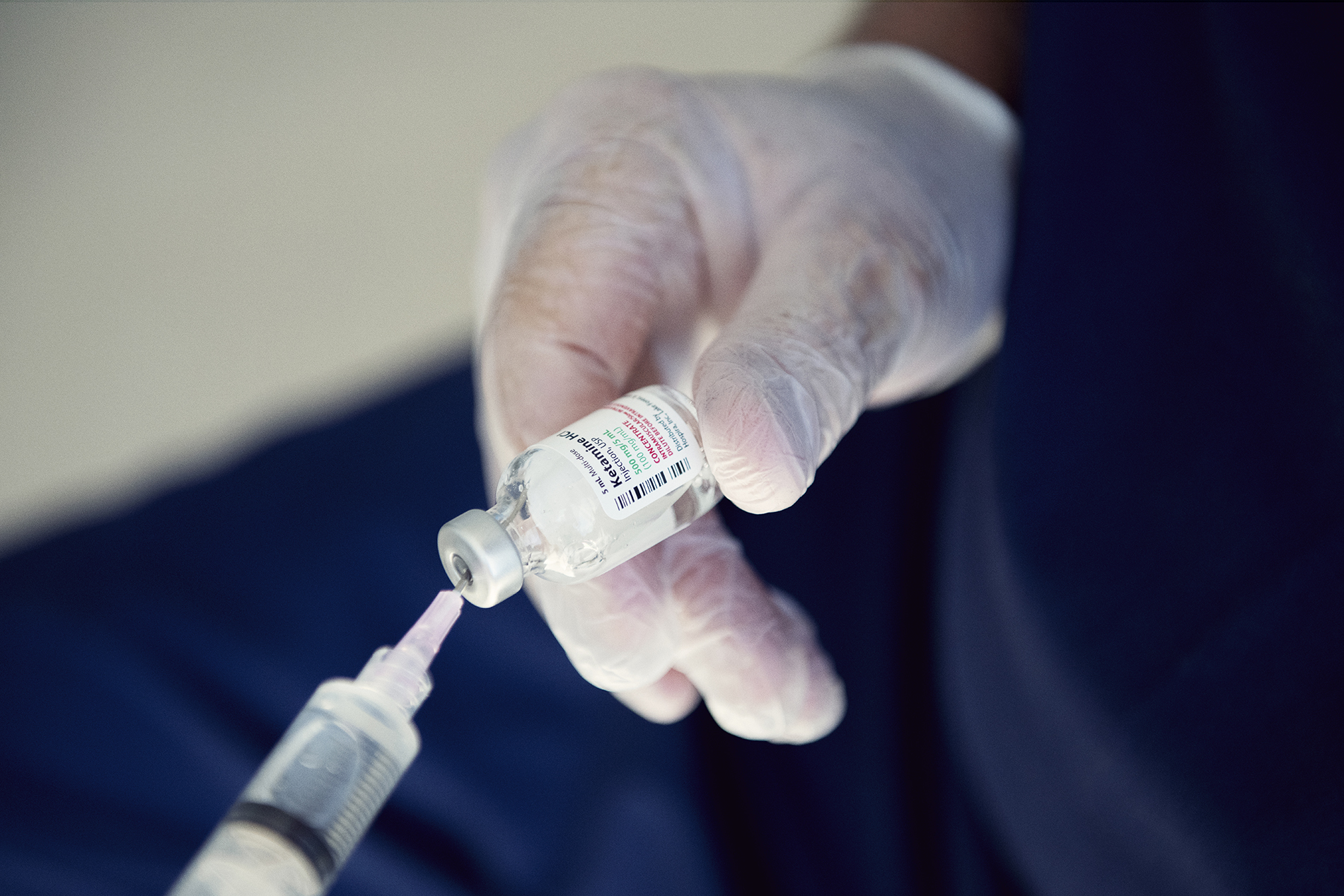 New uses: Ketamine was first approved in 1970 and has been used mainly as an anesthetic.

Ketamine is now off patent, and private practices can prescribe it as they see fit. Some do, but researchers and prescribers agree there is not enough evidence that ketamine will benefit an autistic person to recommend it as a therapeutic.

A handful of studies over the years have investigated ketamine’s potential effect on people with autism, beginning in 1989 with a study that found ketamine seemed to lessen traits of the condition. So there is a theoretical basis for looking at ketamine as a potential treatment, though Bernard Crespi, an evolutionary biologist interested in social behavior in humans and a research chair at Simon Fraser University in Burnaby, Canada, stresses that in the broad spectrum of autism, it’s likely to benefit only a small subset of people.

Ashraf Hanna, a Florida-based anesthesiologist focused on pain management, began administering ketamine off label, mainly for conditions such as complex regional pain syndrome and fibromyalgia, around 2010. Hanna has since broadened to try ketamine in a range of neurodegenerative diseases such as amyotrophic lateral sclerosis and multiple sclerosis. He estimates that he has administered more than 18,000 infusions, in part because he is one of the few U.S. providers who take insurance for ketamine treatments. He believes ketamine can help with autism traits and with Alzheimer’s, and his website says as much, though he has not knowingly given ketamine to treat those conditions, he says.

“Worst-case scenario, it doesn’t work,” says Ashraf Hanna. “I’ve not had any major side effects.”

But his experience has led him to believe previous clinical trials looking at autism traits don’t use a high enough dosage over a long enough interval. One theory around ketamine’s benefits in depression (and other conditions) is that it reduces inflammation in the brain. If that’s the case, “you need to continuously bombard the brain” over days to reduce this inflammation, Hanna says. This is possible, he says, because of ketamine’s track record for safety. “Worst-case scenario, it doesn’t work,” he says. “I’ve not had any major side effects.”

The lack of side effects is partially why parents such as Heidi Epstein are willing to consider ketamine. She heard about an upcoming clinical trial using ketamine, funded by the Rett Syndrome Research Trust, and wanted to enroll Hannah, but in the years that the study took to get rolling, Hannah turned 14 and aged out of the target demographic. Epstein sought the next best thing: a doctor who would prescribe the same course of ketamine for Hannah and follow the trial protocol. She eventually located a doctor who agreed to prescribe ketamine to Hannah.

But this time, it didn’t work. Even after a few more doses in May and September 2021, there was no blooming of Hannah’s language, as there had been at the dentist’s office. Still, Hannah seemed to be better at using cutlery and appeared to be less anxious and more capable of following two-step directions. These improvements were themselves small gifts “when you have a child that’s never done that before,” Epstein says. 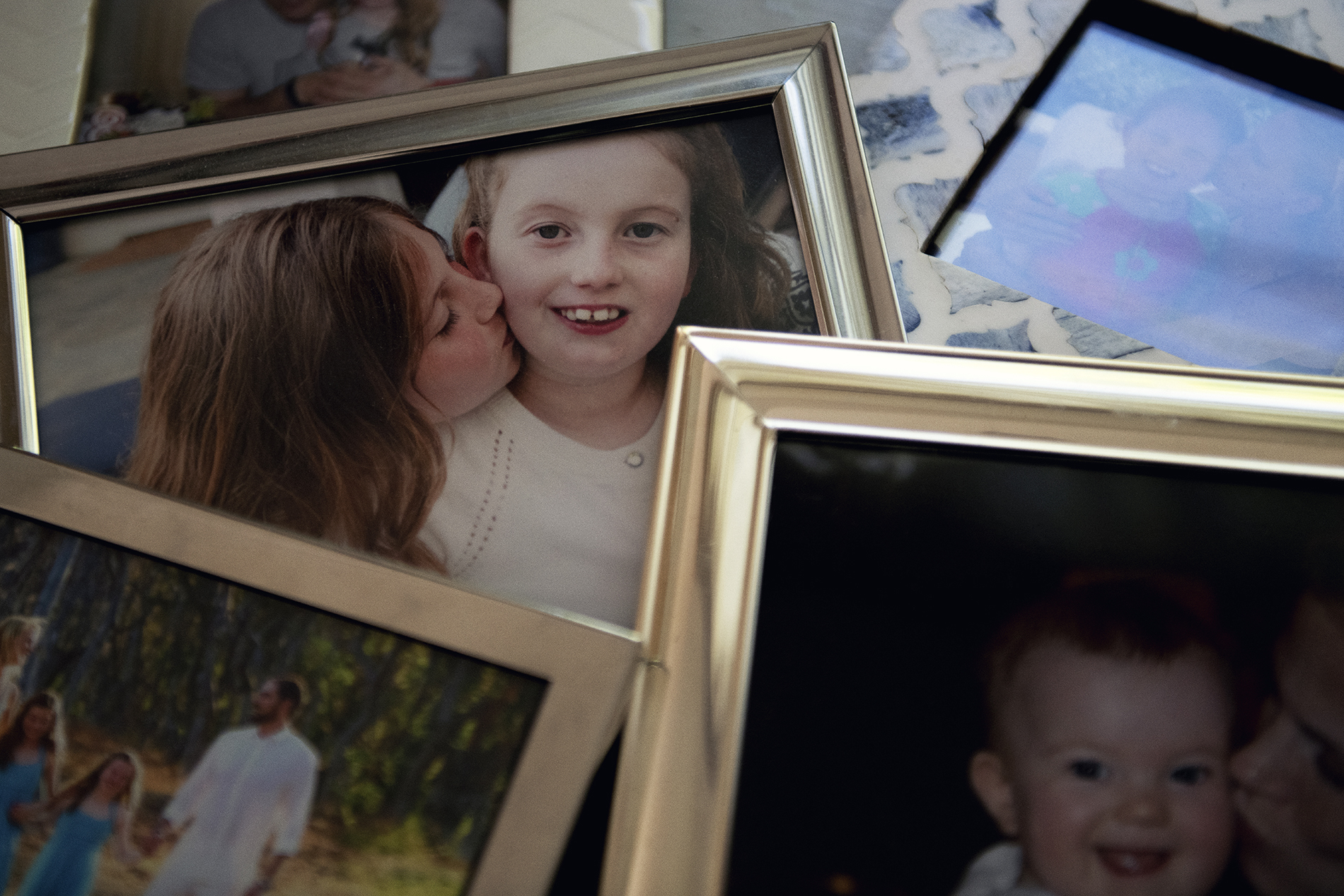 Two attempts: Heidi Epstein has twice tried ketamine for her daughter Hannah in hopes of improving her verbal skills.

The clinical trial for Rett syndrome that Epstein had hoped to enroll Hannah in has finished, but results (and the results of a different trial for ketamine and ADNP syndrome, a leading genetic cause of autism) have not been published yet. One double blind trial published in 2020 did focus on people with idiopathic autism, following 21 people at Cincinnati Children’s Hospital Medical Center in Ohio, but the study had null results. It also used intranasal ketamine, “which we know doesn’t work as well,” says Allison Wells, an anesthesiologist and head of Lone Star Infusion ketamine clinic in Houston, Texas, who was not involved with the study. In an unpublished controlled trial testing ketamine in children with ADNP syndrome, preliminary results have suggested ketamine can raise ADNP levels. But the trial, conducted at the Icahn School of Medicine at Mount Sinai in New York City, featured only 10 participants.

One of the investigators on that study, Ana Kostic, an associate professor and researcher at Mount Sinai who studies drugs with the potential to treat autism traits, is cautious about the near-future use of ketamine as a therapeutic.

“I cannot emphasize enough the importance of controlled clinical trials,” Kostic says. Parents and people with autism should rely only on clinical evidence and regulatory agency approvals, she says. She acknowledges that the “hype” around unproven compounds, especially in the field of autism, exists because the need for new therapies is so great. Wells understands this, too — in a vacuum for new therapies, ketamine is the “new shiny thing to try,” she says — but notes that there are unknown risks. 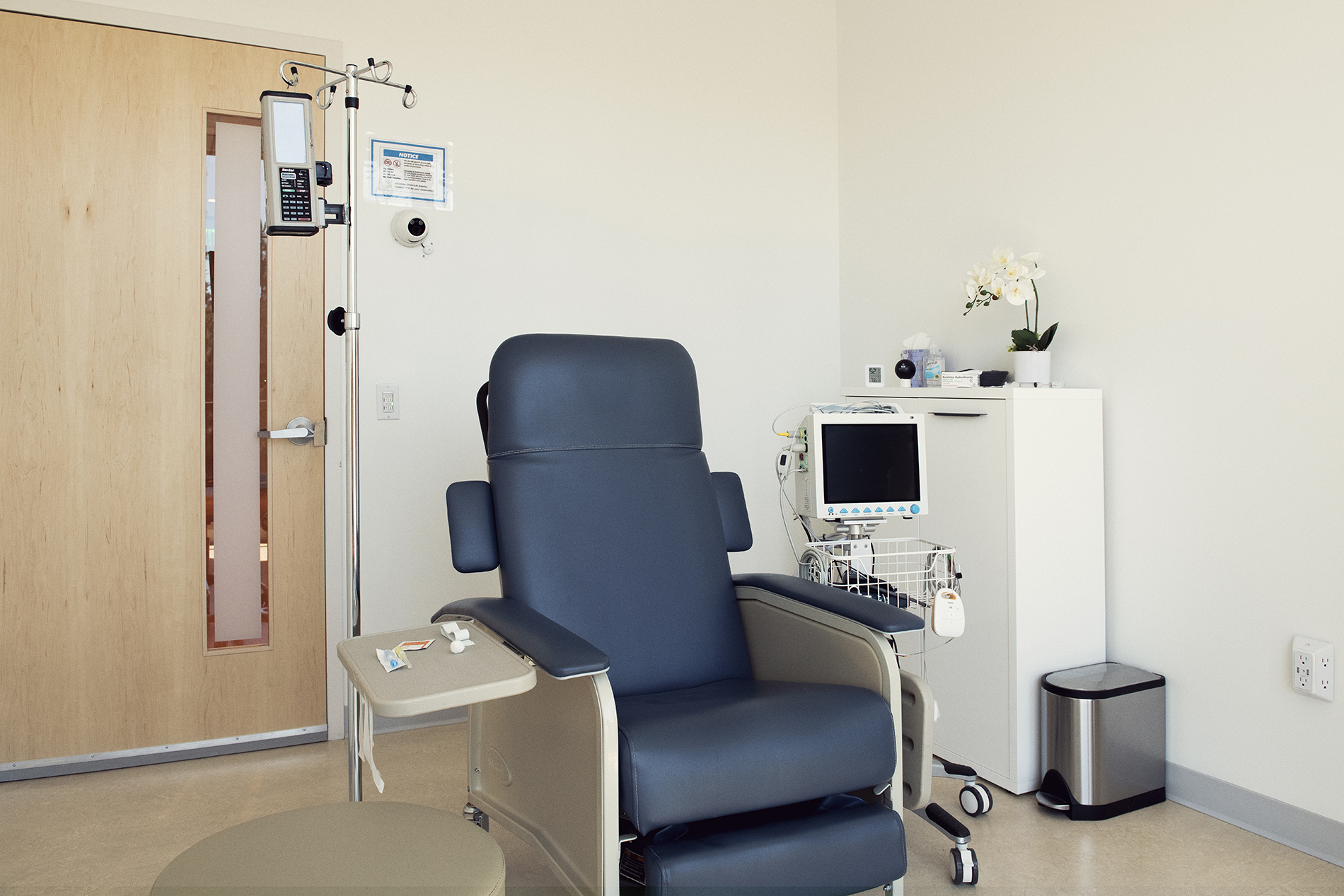 Even when administered properly and in a controlled setting, ketamine can cause “nausea, possible headaches, and some people vomit,” says Christine Ryan, a nurse practitioner and chief clinical officer at Ketamine Wellness Centers in St. Paul, Minnesota.

Due to these side effects, and the fact that those with severe traits or who are minimally verbal might be unable to explain what they are feeling or if they are willing to come back for a second dose, those who receive it should be chosen carefully. Vikas Patel, a physician and medical director of Midwest Ketamine Center in Arlington Heights, Illinois, says that if clinics are going to experiment with ketamine for autism, they should look only at “patients that really have bad symptoms.” Otherwise, the risk is not worth it, he says, and these people must also be able to understand what they’re getting into.

A trial testing ketamine and a second drug in people with autism at the Guangzhou Women and Children’s Medical Center in China was suspended in April 2022, according to ClinicalTrials.gov, with the note: “The effects are not good.”

Even when administered properly and in a controlled setting, ketamine can cause “nausea, possible headaches, and some people vomit,” says Christine Ryan.

On the other hand, several case studies have shown benefits, including a 2021 study that said ketamine was “potentially effective” for autism traits. And Steven Mandel, an anesthesiologist at Ketamine Clinics Los Angeles in California and founder of the American Society of Ketamine Physicians, Psychotherapists and Practitioners, says he has seen some “very gratifying successes” at his clinic.

Neil Dawson, a neuroscientist at Lancaster University in the United Kingdom, led a study published in the April 2020 issue of Cerebral Cortex on ketamine’s effects in mice with a deletion in 2p16.3, a chromosomal region that includes NRXN1, a gene linked to autism and schizophrenia. Ketamine helped normalize hypermetabolism of the thalamus in the mice, Dawson and his team found, but Dawson admits that in people, the effect might be transient, given ketamine’s short half-life in the body. 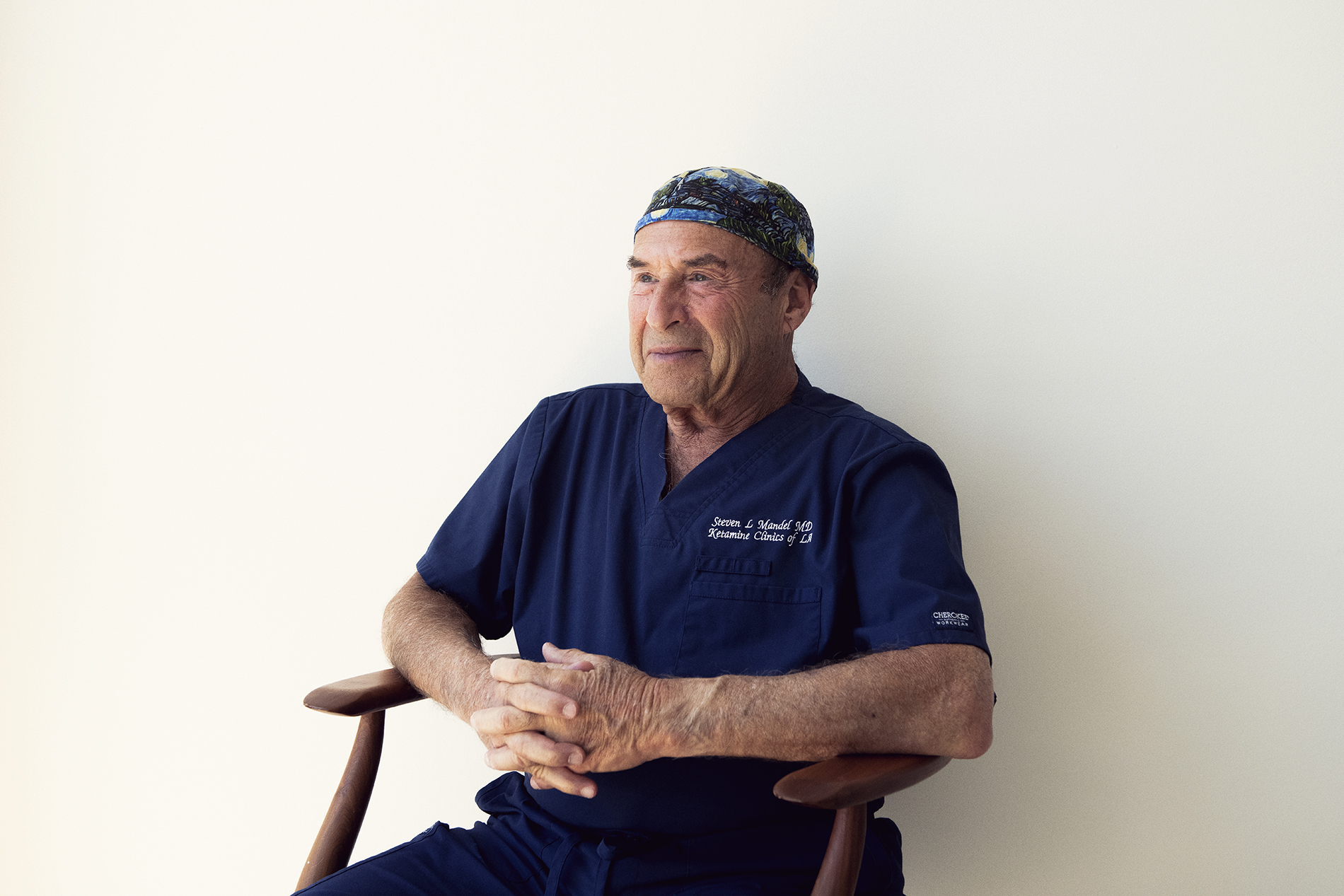 Some success: Steven Mandel, an anesthesiologist and founder of the American Society of Ketamine Physicians, Psychotherapists and Practitioners, says he has seen ketamine benefit patients at his clinic.

Still, there are enough single anecdotes to keep hope alive. In New Jersey, an autistic man named Rosario, who asked that Spectrum not use his last name, says he dealt with depression for years, and after the loss of his significant other, he was in a low emotional state. He tried to kill himself multiple times and was self-medicating, he says. The many treatments he tried failed to help.

But ketamine had a dramatic effect, he says. Paired with psychotherapy, the drug lifted his depression, lessened his obsessive thinking and made socializing easier, he says. Three others with autism who took ketamine for depression at the same clinic as Rosario saw no effect on their autism traits, but that hardly seems the point for those it does help.

Epstein tried another round of ketamine treatments for Hannah in January of this year. It was worth another attempt, she thought, since she didn’t have to worry about major negative side effects, and because there is so little else out there.

She says she may have reached the limit of what ketamine can do for her daughter but that Hannah has had small victories through the therapy. “So far I haven’t noticed any improvements,” Epstein says, “but she is holding on to the gains she made.”

With additional reporting by Elizabeth Svoboda.