Swiss biotech Stalicla hopes to bring precision medicine to autism. Experts praise efforts to identify autism subgroups, but evidence to support the company’s claims has yet to be seen.

Five years ago, Lynn Durham founded a biotech startup — called Stalicla — that aims to do what nobody has achieved so far: tailor pharmacological therapies to idiopathic autism subgroups, or those who have autism with no known genetic cause. To date, the company, which is based in Switzerland, has secured 29 million Swiss francs ($30 million) and developed a machine-learning platform that sorts autistic people into different groups based on shared biological ‘signatures’ and then identifies drugs that it hopes will reverse such signatures.

In March, Stalicla announced that its lead drug candidate, STP1, indicated for a subset of autistic people, is safe and elicited improvements in markers of brain function. Stalicla’s scientific officers also say preliminary results suggest that STP1 eases some behavioral difficulties associated with autism. David Beversdorf, professor of radiology, neurology and psychological sciences at the University of Missouri in Columbia, was so convinced by Stalicla’s approach that he joined its clinical advisory board. “If you can biologically define subtypes that have specific treatment responses, that’s fantastic,” he says.

But the company has not revealed the machinations of its platform or full trial results, which means there is still little for the public to learn. Though identifying autism subtypes based on biological signatures to predict drug responses “seems a reasonable approach,” says Valerie Hu, professor emeritus of biochemistry and molecular medicine at George Washington University in Washington, D.C., for now “we have to wait and see what the results are.”

So Durham is well aware that autistic people have unique strengths and difficulties, and experience their condition in different ways. And she knows this heterogeneity has hampered progress on pharmacological interventions, including with her son, who responded inconsistently to early behavioral intervention therapies aimed at helping him express feelings, form relationships and speak.

At the time, Durham was working at the University of Geneva in Switzerland, where part of her job was helping to promote oncology personalized-medicine programs. She began toying with the idea of applying precision medicine to neurodevelopmental conditions and launched Stalicla in May 2017. With the help of many mentors, she raised 4 million Swiss francs in seed funding and set about building her team. She recruited experts in systems biology, clinical trials and oncology — a field that has contributed to precision-medicine approaches. For example, Stalicla’s chief medical officer, Baltazar Gomez-Mancilla, held management roles in clinical neuroscience and biomarker development at the Swiss pharmaceutical company Novartis and led clinical trials of an experimental drug for fragile X syndrome, though they were eventually halted after researchers found no benefit for autistic teenagers and adults. 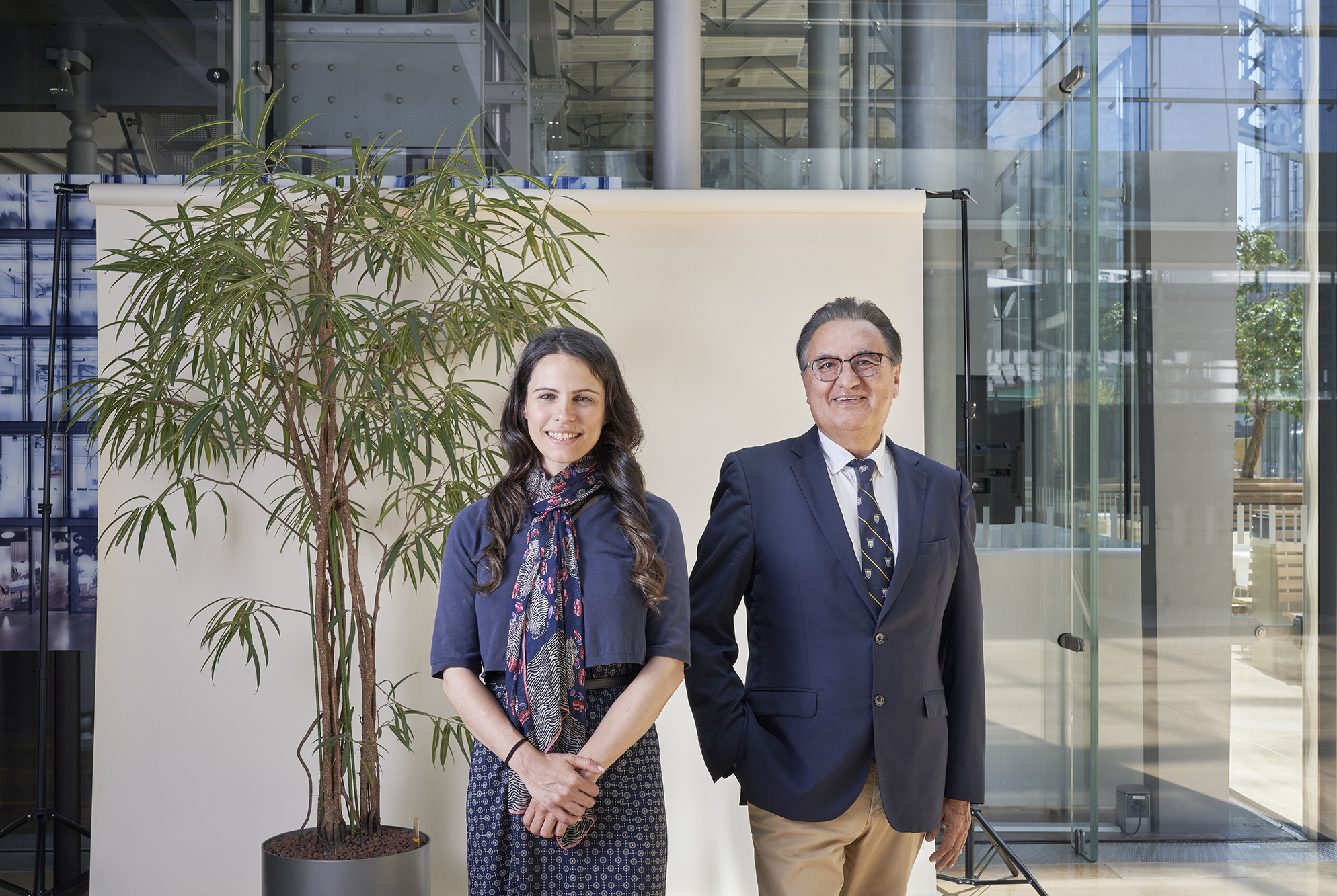 Unlike approaches that identify autism subtypes by using behavioral tests, Stalicla uses biological traits, such as an autistic person’s head size and co-occurring conditions, and it combines them with the person’s genetic data and health records. The company has also collected blood samples from hundreds of autistic people to analyze the metabolites and quantify gene expression across all genes present in blood cells. Once the data are fed into the company’s platform, machine-learning algorithms group people based on shared biological signatures.

To identify tailored therapies, the company uses transcriptomic data to generate a specific gene-expression profile for each group. Then the platform parses existing drug-screening repositories to find a drug or a mix of drugs that might reverse the transcriptomic profile associated with each autism group, says Laura Perez-Cano, Stalicla’s head of discovery.

“Our benchmark is the clinical results that we generate.”  Lynn Durham

Finally, the researchers test candidate drugs in cell lines derived from people within the identified autism subgroups to assess whether the treatment might reverse their metabolic and transcriptomic signatures. Using this approach, Stalicla has identified two drug candidates that might elicit responses in two groups of autistic people.

A similar approach has been used in oncology, where an increasing number of treatment options have received regulatory approval on the basis of molecular profiling of various cancer types, says the company’s chief technology officer, Emre Guney. “We’re not reinventing the wheel,” he says.

Stalicla’s platform has so far labeled two subtypes of autism, dubbed ASD phenotype 1 and ASD phenotype 2. People in the ASD phenotype 1 group were observed to have moderate to severe autism traits; high hyperactivity scores on a behavior rating scale that measures stereotypies and other traits; and likely impaired processing speed. Lymphoblastoid cell lines derived from the blood of people in this group show abnormalities in production of cyclic AMP, a signaling molecule involved in learning and memory. (Previous research has shown that those with fragile X syndrome, who have a variety of autism-like traits, have low cyclic AMP.)

Stalicla’s team identified STP1 as a potential therapy for people grouped into the ASD phenotype 1. STP1 is a mixture of a PDE4 inhibitor (ibudilast) and an NKCC1 antagonist (bumetanide).

In its phase 1B trial — conducted at Cincinnati Children’s Hospital Medical Center in Ohio — Stalicla enrolled 12 autistic adults with a biological profile consistent with ASD phenotype 1. Every day for two weeks, one group received two pills — one in the morning, and one in the evening — containing 5 milligrams of ibudilast and 1 milligram of bumetanide; another group received 10 milligrams of ibudilast and 1 milligram of bumetanide; and a third group received a placebo. The drug combination was well tolerated, and side effects were “mild and transient,” Gomez-Mancilla says.

The company says STP1 treatment appeared to result in a dose-dependent reduction of the intensity of gamma waves — a type of brain wave related to attention and learning — across the whole brain and in specific regions involved in memory and executive function. Previous studies have shown that people with autism have differences in their gamma rhythms. Compared with people who received a placebo, those treated with STP1 also showed dose-dependent improvements in tests measuring cognitive function and in questionnaires that measure autism traits and social abilities, Gomez-Mancilla says. “I think we can be excited about that,” he says.

Ibudilast improved cognition and behavior in men with fragile X syndrome in a small clinical trial. The use of the other drug in STP1, bumetanide, in autistic people is cloudier. A 2020 clinical trial found that only some of the children who received bumetanide for three months showed reduced repetitive behaviors, though studies over the past two years have suggested that patterns of electrical activity in the brain or levels of specific immune molecules in the blood can predict a person’s response to the drug. Last year, however, phase 3 studies of bumetanide were ended after researchers found no benefit to treatment.

“Bumetanide is an excellent drug for autism, provided you select specific subpopulations of young people,” says Yehezkel Ben-Ari, president and co-founder of French biotech company Neurochlore, which owns the patent for bumetanide as an autism treatment. Adults, he adds, may not respond as well. The 2020 trial found that younger children showed more improvement in social communication and responsiveness than did older ones.

“Many people have hoped for precision medicine, but generally, the field of autism has moved away to some degree.”  Catherine Lord

Beyond the questions around bumetanide, others doubt that personalized therapy can be applied to autism at all. “Many people have hoped for precision medicine, but generally, the field of autism has moved away to some degree,” says Catherine Lord, distinguished professor of psychiatry at the University of California, Los Angeles. That’s because, she says, for something as complex and heterogeneous as autism, there’s no clear link between known genetic factors and autism traits. Researchers have not yet had success in finding biomarkers for diagnosis of the condition, let alone predicting who is most likely to respond to treatment, she says.

“Understanding the more convergent mechanisms of autism, and what is common about people with autism rather than what’s different about them, is a more important approach to understanding what’s treatable or preventable in the condition,” says John Constantino, professor of psychiatry and pediatrics at Washington University in St. Louis, Missouri.

A molecular footprint found only in a subgroup of people with autism may have nothing to do with the condition and instead be related to other factors, such as depression or anxiety, Constantino says. So far, he adds, researchers haven’t even been able to reliably differentiate people with autism from those without the condition by looking at biological traits. Identifying a biological profile for different autism subtypes would be a significant advance in the field, he says, if Stalicla has actually done it. 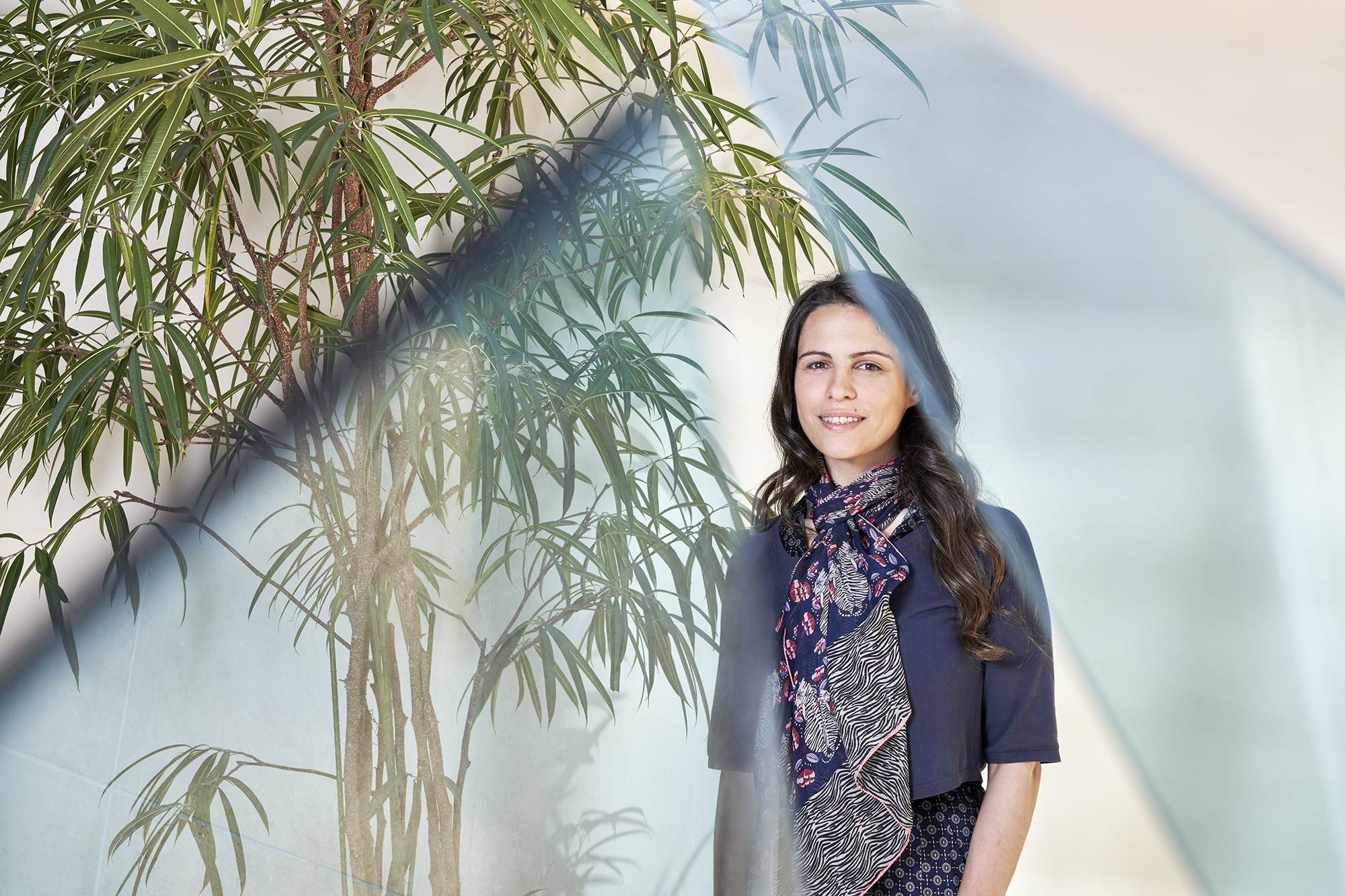 New approach: Durham is betting that a precision-medicine approach will benefit people with autism.

After raising its seed capital, Stalicla raised another 25 million Swiss francs. In total, the company has about 12 investors, including venture capitalists, pharma family offices, private equity groups and angel investors, Durham says. Most of that group is Swiss, but Stalicla aims to raise 40 million Swiss francs in venture funding from investors in the United States and across Europe, and it is planning a larger phase 2 trial of STP1 in 60 people with ASD phenotype 1 and a phase 2 trial of a second candidate drug.

The company also hopes to apply its platform beyond neurodevelopmental conditions, perhaps in neuropsychiatric disorders, Durham says. Relying on existing drugs makes sense because most of their mechanisms of action are well understood, Beversdorf says. This approach enables companies to move more quickly to advanced trials, with fewer costs, as some of the drugs have already proved safe in early-stage studies.

More data — about the platform and the trials — would help to validate Stalicla’s approach. The company says that is coming. For now, it won’t communicate the platform’s technical details because of a pending patent application but says that the STP1 trial results should be made public in the coming months. For those who are doubtful about Stalicla’s possibilities, Durham understands the criticism but also dismisses it. Those comments “come from academia,” she says, “where the benchmark is publishing. Our benchmark is the clinical results that we generate.”

“What they describe as doing is what everyone wants to do, so I think it’s an admirable goal,” Lord says. If Stalicla’s approach works, it would make “an incredible contribution.” But, she adds, if it’s not transparent and reproducible by others, “it is more business than science.”