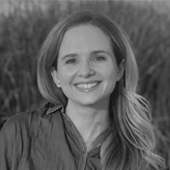 Shaena Montanari joined Spectrum as an enterprise reporter in January 2023. She was previously an investigative health reporter at the Arizona Center for Investigative Reporting in Phoenix. Shaena holds an M.A. in investigative journalism from Arizona State University’s Walter Cronkite School of Journalism and Mass Communication. Prior to becoming a journalist, Shaena worked as a paleontologist and earned her B.S. in geological sciences at the University of North Carolina at Chapel Hill and her Ph.D. in comparative biology at the Richard Gilder Graduate School at the American Museum of Natural History.